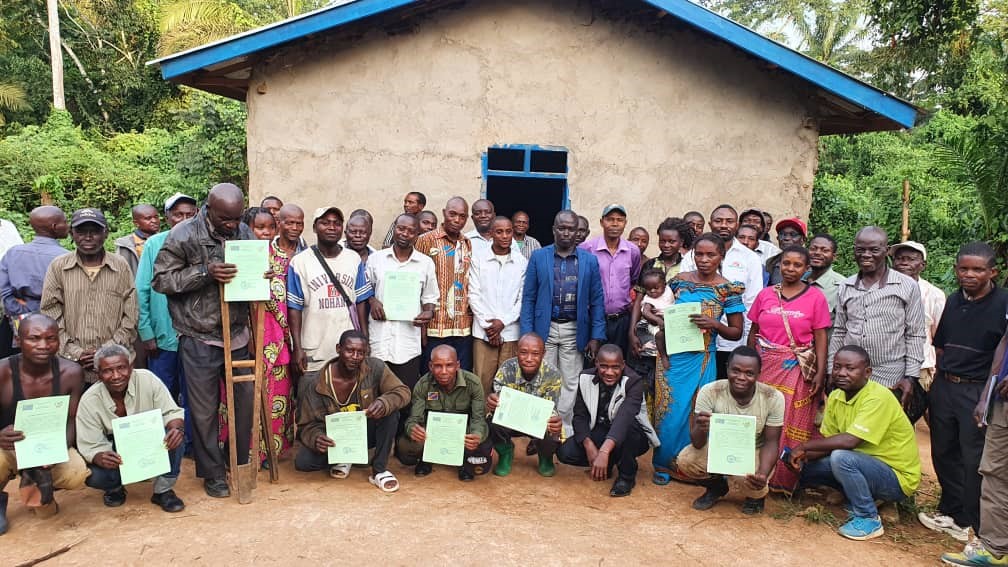 On 28th May 2021, the Land Reform Support Program of UN-Habitat in the Democratic Republic of Congo (DRC), issued 60 local customary land certificates to farmers as part of the pilot experiment in two villages of Mabukulu and Andikwakwa, in the Mambasa territory in the province of Ituri. The exercise was conducted after a successful completion of UN-Habitat and Global Land Tool Network (GLTN) supported project in Ituri province on the use and application of the fit-for-purpose land administration tools including the Social Tenure Domain Model (STDM) tool. This was made possible through the support of the Université Chrétienne Bilingue du Congo (UCBC), a UN-Habitat/GLTN partner, that customized and installed the STDM tool at the community level for local land administration and management.

In an atmosphere of joy and celebration, one of the beneficiaries stated, “Receiving these documents on my land gives me great joy in my heart, because now I have a guarantee that no one can take my land away from me. If I die, my family will live in peace on this land. I even have the sketch of my land and its boundaries are well known…”

In DRC, a significant proportion of the population accesses land through customary land tenure systems governed by customs and norms that lie outside the formal land administration system. Therefore, customary land tenure systems are not protected by law but guided by local practices and traditions. Due to this duality, local land governance systems are weak and influenced by powerful individuals that at times influence and control access to community land for their own interests. A big proportion of agricultural land has been converted to primary land and formally registered or converted to concessions. As a result, there are many conflicts related to land among the local population especially the poor including women and indigenous people whose land rights are violated. There are no systems to manage local land records for future reference or for the settlement of land disputes.

The pilot project in Mambasa, Ituri province, is part of the support program to land reform in DRC seeking to transform land governance approaches and improve coordination between customary and the formal land administration system. The use of the fit-for-purpose technologies and land administration approaches were prioritized to improve land registration process, digitization of cadastral workflows and installation of a Land Information System (LIS). The STDM tool was used to customize the LIS for the land administration system in Mambasa. A community land register based on the STDM tool was also setup at the community level to register land rights, while developing a community map through a participatory mapping process. The community land register embraces the continuum of land rights approach in recording land rights and will further support in the settlement of land disputes supported by the Local Land Committee, which was setup as part of the pilot project. The products including maps from the community land register will be used by the land administration to coordinate land adjudication and land transactions at the community level and provide updates in both systems to ensure there are no overlaps or multiple rights being recorded. The pilot intervention in Mambasa issued certificates for successfully demarcated parcels in accordance with customary tenure practices through the process of participatory mapping in coordination with the land administration office for harmonization with other official maps and plans.

This pilot project is in line with UN-Habitat’s support to the government of the DRC in providing capacity in the development for good land governance, which also includes the development of a national land policy document and a new land law. The land policy document, currently being the subject of extensive multi-stakeholder consultations, emphasizes the necessity for a decentralized land administration as well as embracing the plurality of tenure types and recognizing women and indigenous people’s land rights. This will strengthen the financial, logistical and operational capacity of the land administration offices to manage land by reconciling traditional and modern land tenure systems and strengthening the participation of all stakeholders in implementing appropriate solutions to improve peace, development and economic growth at community level.

After the issuance of the local customary land certificates, the chief’s representative remarked: “With this improved form of land management in our chiefdom, we will be able to manage our constituents and eliminate some of the land conflicts that arise from ignorance of established land management principles. There is now a map of the two villages in the chiefdom, including the plots and areas occupied, so that we can visualize the whole situation thanks to this project …so from now on, these fundamental principles of land management in our chiefdom will guide our way of sustaining the community’s land and facilitating access to all…“. He also acknowledged the achievements of the project.

The Support Program for Land Reform in the Democratic Republic of Congo is initiated under the aegis of the Ministry of Land Affairs through the National Land Reform Commission (CONAREF) and funded by the Central African Forest Initiative (CAFI), through the national REDD fund, FONAREDD. 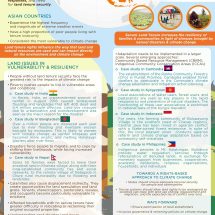 Call for nominations of the 2021 UN-Habitat Scroll of Honour
Draft General Comment on Land and Economic, Social and Cultural Rights: Invitation for public consultation