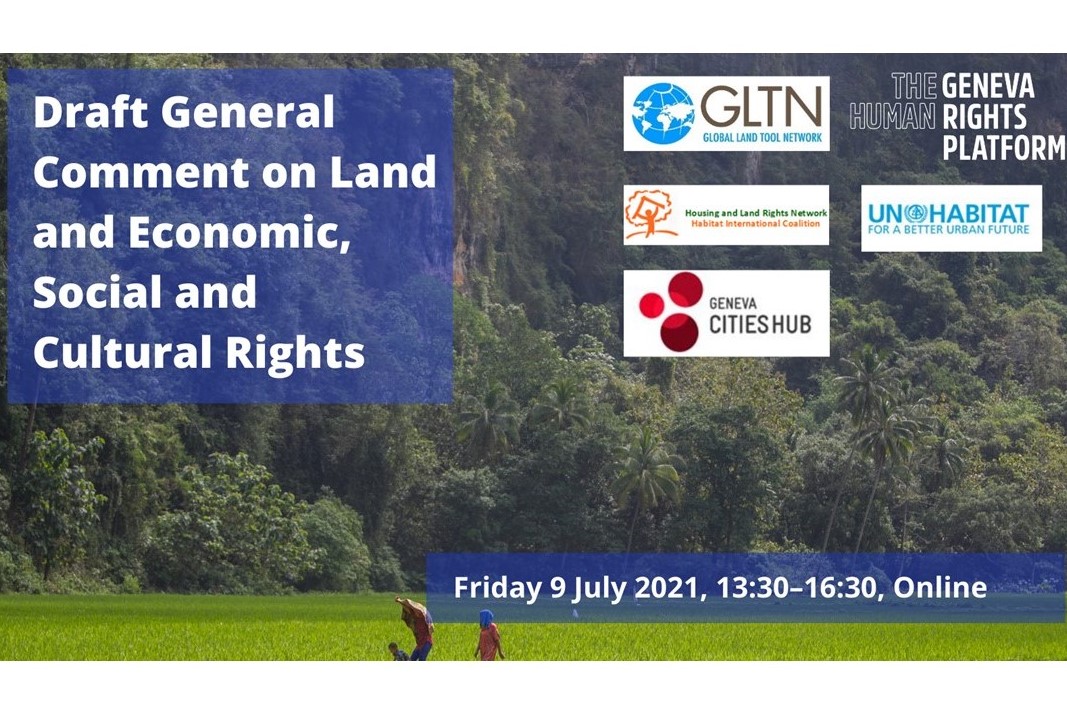 The United Nations Committee on Economic, Social and Cultural Rights is developing a general comment on land and economic, social and cultural rights (ESCR). The purpose of this general comment (GC) is to clarify the specific obligations of state parties relating to land and the governance of land tenure under the International Covenant on Economic, Social and Cultural Rights. By way of public consultation, the Committee invites interested individuals and organizations, including states, national human rights institutions, civil society organizations, academics, international and regional organizations and experts, to make a written contribution to the draft GC.

The draft GC (draft text in English) recognizes the broad and complex relationship between land and human rights. It proposes more general and holistic guidance for policy in this area than has previously been available. Consequently, if and when adopted, the draft general comment is likely to influence policy and law on land governance and management in many member states.

This online event – co-organized by the Geneva Human Rights Platform, UN-Habitat, the Global Land Tool Network, the Geneva Cities Hub, the Habitat International Coalition – builds on previous exchanges between the organizers and the rapporteurs of the draft GC.

Developing further the areas identified in the first discussion, the debate will focus on the following issue areas:

Languages: The meeting will be held primarily in English, with simultaneous interpretation into Spanish and French.

Registration: REGISTER HERE to access the event on the Zoom platform.