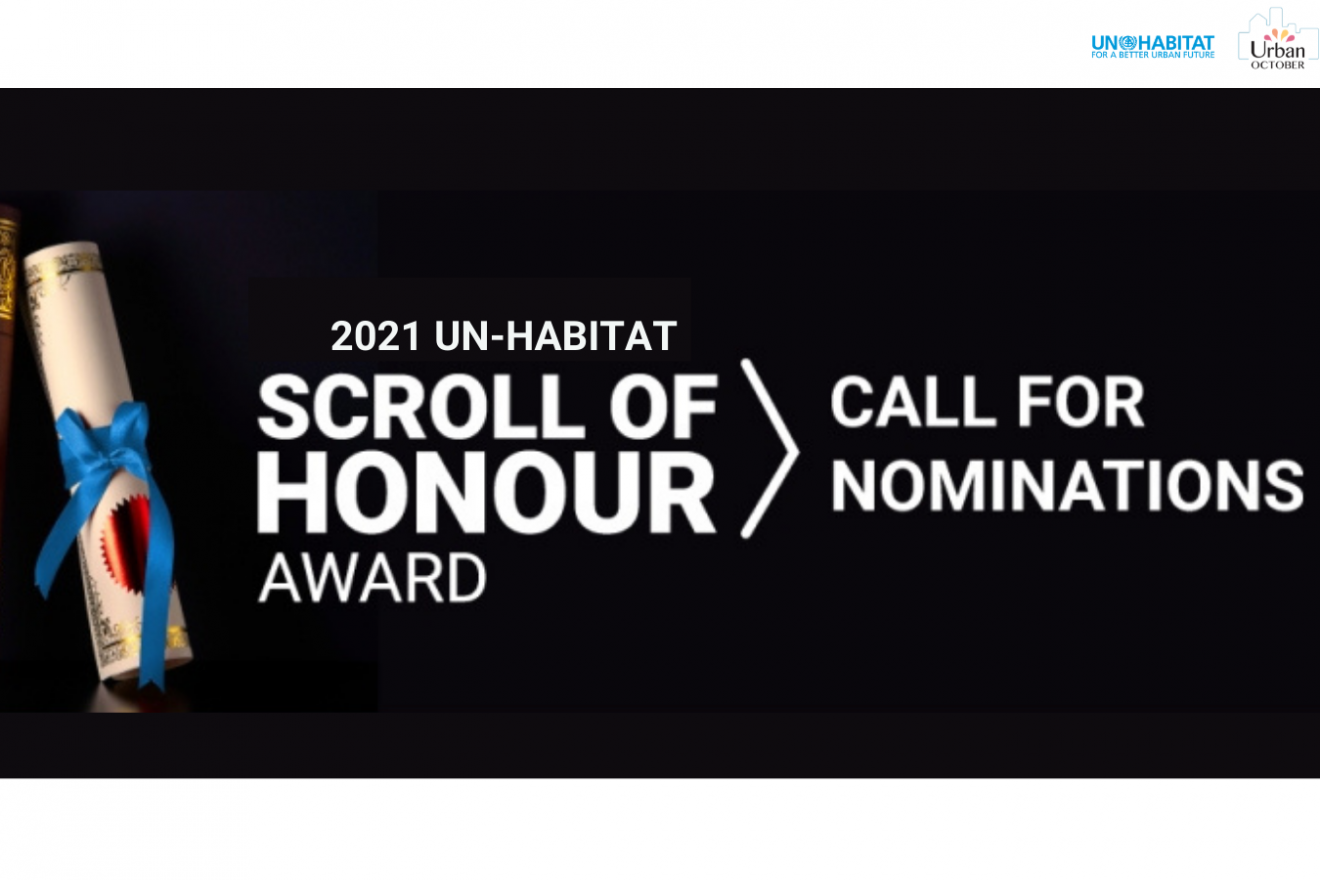 The UN-Habitat Scroll of Honour award was launched in 1989 and is one of the most prestigious human settlements award in the world. It aims to acknowledge initiatives which have made outstanding contributions in the field of human settlements, provision of housing, highlighting the plight of people living in poverty or who have been displaced, developing and improving human settlements and the quality of urban life to leave no one behind echoing the Sustainable Development Goals 2030 with emphasis on Goal 11: Sustainable Cities and Communities.

Call for nominations for the UN-Habitat Scroll of Honour Awards is now open until 8 August 2021. The winners will be presented with their awards at the Global Observance of World Habitat Day on Monday 4 October 2021.