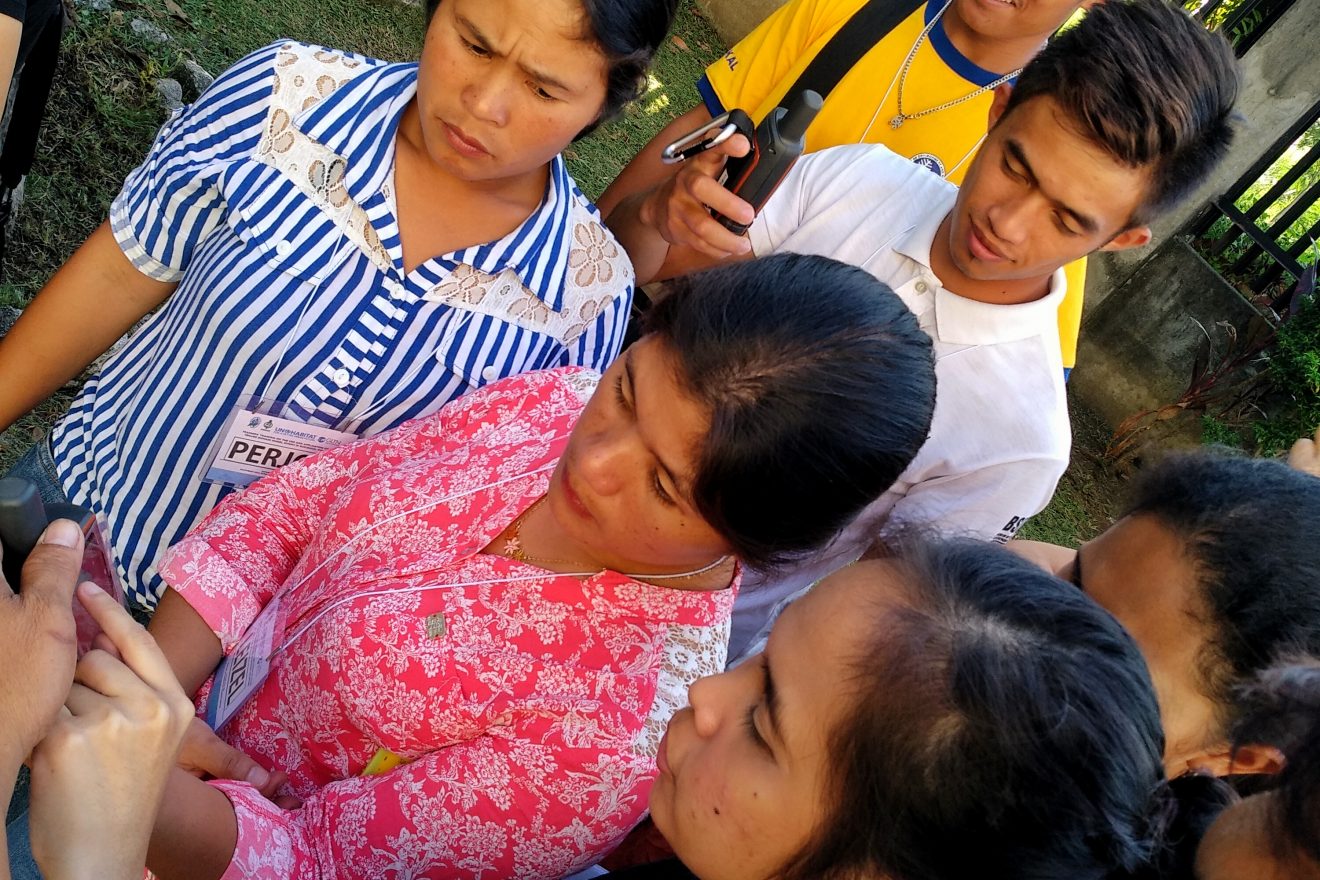 Over 15 participants from Xavier Science Foundation (XSF), Asian NGO Coalition and Rural Development (ANGOC), Laos representatives specifically from Village Focus International  (VFI) and The Agro-Biodiversity Initiative (TABI), and community members from the Province of Bukidnon in the Municipalities of Talakag and Pangantucan, took part in a  four-day ‘Orientation and Training on the Use of Social Tenure Domain Model (STDM)’. The training was held at Southeast Asia Rural Social Leadership Institute (SEARSOLIN), Cagayan De Oro City, 10 – 13 October 2018 and was organized to kick off the field activities for the Federal Ministry for Economic Cooperation and Development (BMZ) financed project, ‘Secure Access to Land and Resources (SALaR)’ in the Philippines. The project’s main objective is to improve land and natural resources tenure security for households comprising of rural smallholder farmers, majority of whom are poor women, men and vulnerable groups.

On the first day, representatives from Local Government Units (LGUs) and elders of the Tribal Councils from the project sites participated in the training to learn what the project entails, i.e. the project objectives, partnerships involved, interventions and the key activities for improving security of tenure of smallholder farmers in Bukidnon, Northern Mindanao. Through this partnership between Asian NGO Coalition (ANGOC), Xavier Science Foundation (XSF) and the Global Land Tool Network (GLTN), security of tenure of about 2,500 households will be improved in three sites: Miarayon Region in Talakag, and Barangays Portulin and Bacusanon in Pangantucan, Bukidnon.

ANGOC’s Executive Director, Nathaniel Marquez introduced the overview of the SALaR project in the context of Philippines. According to him, although the country has several progressive reform laws, there are still land related challenges linked to conflicting mandates, overlapping institutional arrangements and various tenurial instruments which greatly affect the implementation of pro-poor land programmes.  To some extent, ‘indigenous people’ communities are mostly affected by these challenges since they represent the poorest sectors of the society and are highly dependent on natural resources for their livelihoods. Preliminary findings of the baseline research study highlighting the socio-economic issues of the target communities, including issues on tenure security and livelihoods were also presented, discussed and the results agreed upon by the participants.

The subsequent days were focused on the technical training on the application of participatory enumeration process and STDM tool including the testing of the questionnaire. Most of the participants were women and youth representatives who were also identified as the leaders and members of the enumeration and mapping processes.

“I will take home the learning I had in this training. Although it is challenging for me, I’m trying my best to learn as much as possible. I am thankful because I was given an opportunity to learn the tool and be part of this project. Surely, I will share the knowledge gained with my fellow community members” – Fidel, from Barangay Bacusanon, Pangantucan.

“This is my first time to use a computer. We don’t even have a signal in our area and we don’t even use a cellphone. Therefore, I am very glad to be here. Thank you for the opportunity and the learning.” – Leizel from the Barangay San Miguel, Talakag.

“It is really a great opportunity for me to learn this new and modern tool as I will use it in helping my community especially in conducting enumerations in our place. I want to thank the GLTN team for having this kind of training. I was really empowered. I am deeply honored to be chosen as one of the trainees. I hope that this is not the last time we see each other, and I am looking forward for further interaction.”  Mark Anthony from Barangay Miarayon, Talakag.

“I am really happy to see participants from different parts of the Philippines. In this training, I am trying to look at where we can use it in Laos project. I think this is a good chance for us. Our current information system cannot produce maps and has no household level information. I also tried to learn even though I am not an expert. This is a really good system and I believe this can also be applied in Laos context” Avakat from Laos

After the training certificates were presented, Roel Ravanera, Executive Director of XSF, closed the four-day event by urging the participants to continue supporting the ongoing initiatives and to extend similar support to the current project with GLTN towards improving secure access to land and natural resources of smallholder farmers in Bukidnon, Northern Mindanao.