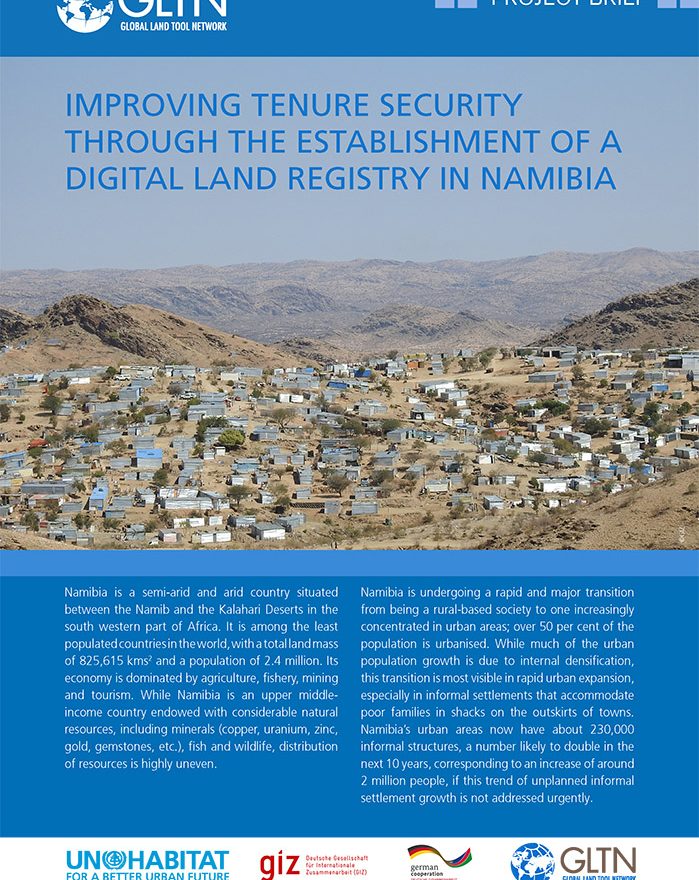 Namibia is a semi-arid and arid country situated between the Namib and the Kalahari Deserts in the south western part of Africa. It is among the least populated countries in the world, with a total land mass of 825,615 kms2 and a population of 2.4 million. Its economy is dominated by agriculture, fishery, mining and tourism. While Namibia is an upper middleincome country endowed with considerable natural resources, including minerals (copper, uranium, zinc, old, gemstones, etc.), fish and wildlife, distribution of resources is highly uneven.

Namibia is undergoing a rapid and major transition from being a rural-based society to one increasingly concentrated in urban areas; over 50 per cent of the population is urbanised. While much of the urban population growth is due to internal densification, this transition is most visible in rapid urban expansion, especially in informal settlements that accommodate poor families in shacks on the outskirts of towns.  Namibia’s urban areas now have about 230,000 informal structures, a number likely to double in the next 10 years, corresponding to an increase of around 2 million people, if this trend of unplanned informal settlement growth is not addressed urgently. 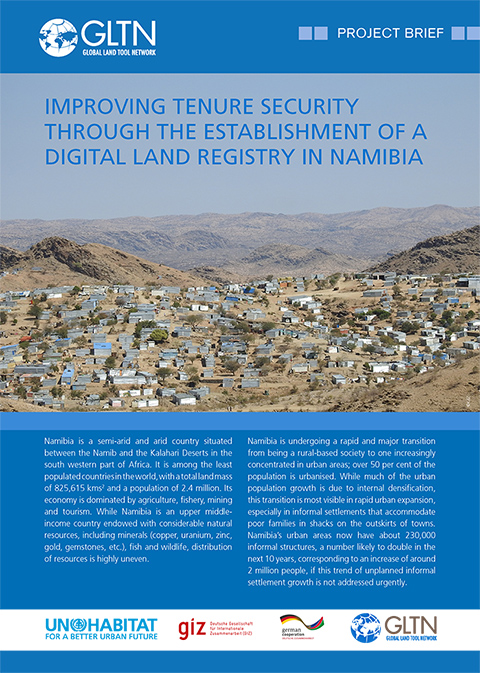 Improving Tenure Security Through the Establishment of a Digital Land Registry in Namibia 4.05 MB 232 downloads

Namibia is a semi-arid and arid country situated between the Namib and the Kalahari... 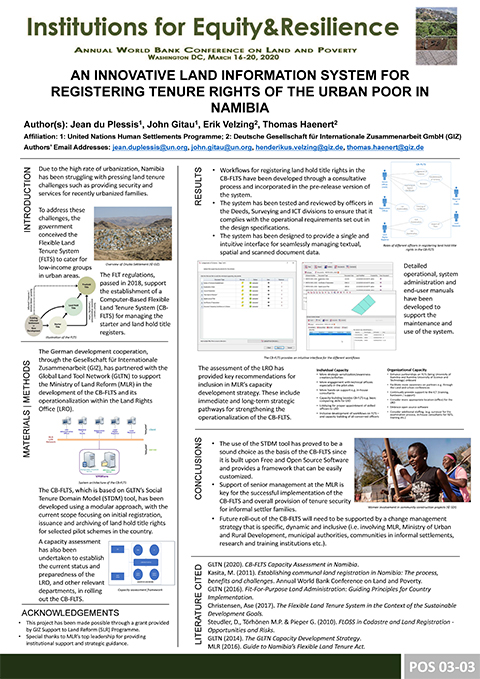 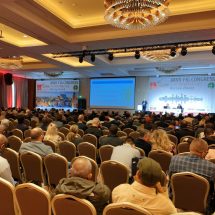 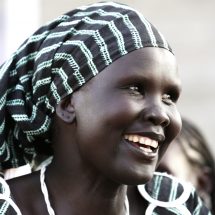