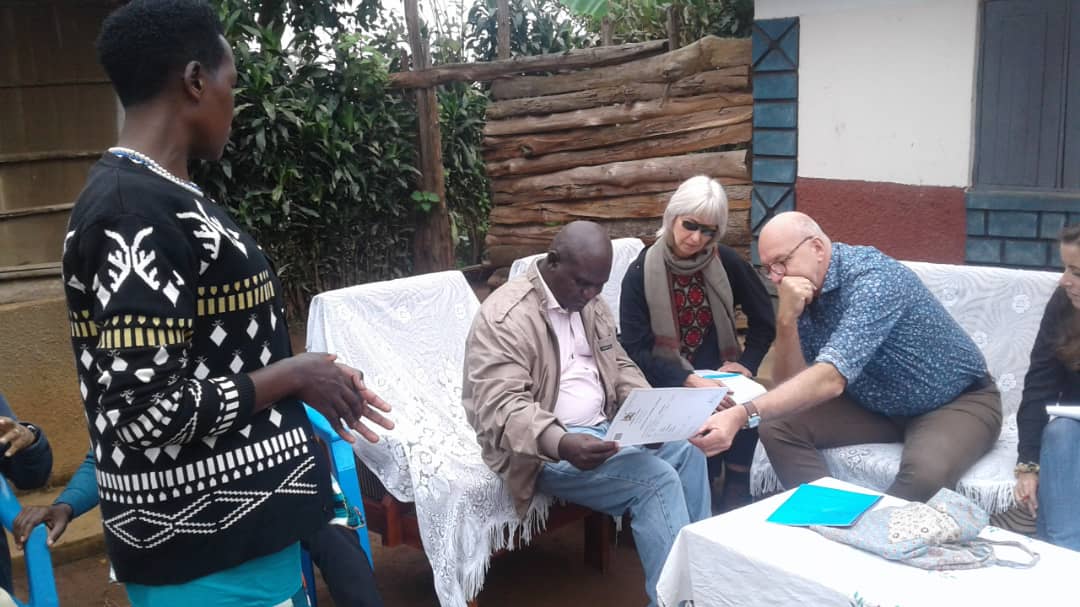 The Netherlands government has lauded the critical role played by UN-Habitat/GLTN in securing land rights through the issuance of Certificates of Customary Ownership to the people of South Western Uganda. The importance of this GLTN intervention came about when a delegation from the Embassy of the Kingdom of Netherlands in Uganda, in the course of their work, got to hear of very many success stories by the beneficiaries of their initiatives about certificates of land ownership that had in July 2019 been issued by H.E. the President Yoweri Kaguta Museveni. These certificates recognized these farmers as the rightful owners of the land parcels they occupied.

The Netherlands delegation, led by Anno Galema, was very impressed to find that farmers understood the benefits of having the Certificates of Customary Ownership and that they owned the parcels as families with the names of the husband and wife both appearing on the certificate. The farmers were emphatic that more than 80% of the certificates received are jointly owned by families. The tenure security realized will encourage the small holder farmers intensify their farming activities and this will lead to increased production and therefore directly contribute to food security for the community and Uganda at large.

The beneficiary farmers acknowledged the other partners that had worked very hard to secure their land rights through the initiative. They pointed out that land titles were still very expensive to process for the rural low-income communities such as theirs and they could therefore not afford them. They therefore requested the Netherlands Embassy for additional support in order to register more pieces of land under the same customary land tenure regime.

TAHANAN Secure Tenure Summit 2019: Promoting inclusive approaches for improving tenure security for the urban poor in the Philippines
GLTN partners with the Institution of Surveyors of Kenya for the 4th ISK Regional Conference on land and property