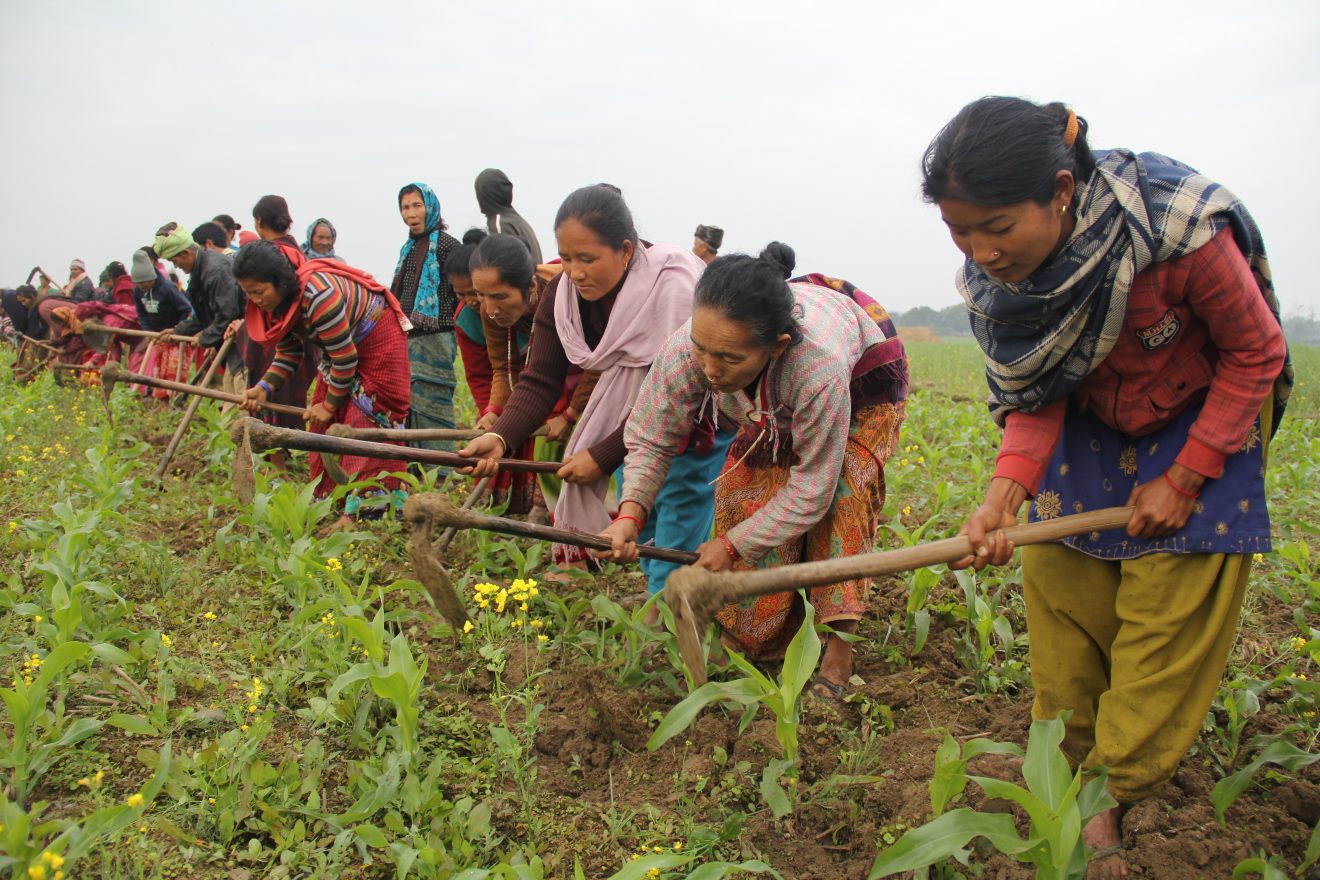 28 March 2019: The Government Spokesperson, the Honorable Minister Mr Gokul Prasad Baskota, has announced the new National Land Policy 2019 as approved by the Government of Nepal. This is an enormous step forward for Nepal on land policy. It is also a credit to GLTN and all its Partners for their hard work.

As the Joint Secretary and Spokesperson from the Ministry of Land Management, Cooperatives and Poverty Alleviation, Government of Nepal, Mr Janak Raj Joshi said, “It is a great achievement and is considered to be a milestone to address the long-awaited problems such as recognition of informal tenure and equitable access to land for landless, small holders and informal settlers in the Nepalese society. This policy will support to achieve the national goal of sustainable development through good land governance”.

The Land policy represents several years of hard work and extensive consultations with experts, community people and other stakeholders. There was much anticipation when the Minister of Land Management, Cooperatives and Poverty Alleviation, the Honorable Ms Padma Kumari Aryal, submitted the draft land policy to the Nepalese Cabinet of Ministers for approval, followed by relief and excitement when the Cabinet approved the new Land Policy.

Nepal’s National Land Policy comes at a time of recovery and reconstruction. The country is implementing a federal governance restructuring programme and recovering from a decade long armed conflict (1996-2006). Parts of Nepal are still struggling to recover and re-build after the devastating 2015 earthquake, which affected millions of Nepalese citizens and destroyed nearly one million homes.

Using the 2015 Constitution to strengthen development and ensure that consideration is given to key global and regional frameworks such as the Sustainable Development Goals (SDGs), the Voluntary Guidelines on the Responsible Governance of Tenure of Land, Fisheries and Forests (VGGTs) and the New Urban Agenda (NUA), the National Land Policy is considered a strong step forward for Nepal on good land governance.

First, it is intended to directly address the issue of land administration and land management reforms under six major and key pillar objectives:

Secondly, it is underpinned by a strong inclusive agenda that considers the issues affecting the land rights of women and vulnerable groups. This includes:

Third, the policy is forward looking and considers key environmental challenges related to food security, infrastructure development, and the application of Fit-For-Purpose techniques in land administration.

The announcement of the new Land Policy is an important moment for GLTN and UN-Habitat. In collaboration with GLTN, the UN-Habitat Nepal office and partner organization Community Self Reliance Centre (CSRC), the Government of Nepal and national experts drafted the policy and undertook the necessary studies on land and tenure issues to inform it.

Over the last seven years, GLTN and partners have been heavily involved in sharing knowledge, building capacity on international best practices, and providing avenues for consultation and discussion with all key stakeholders in different provinces and municipalities. Numerous learning events held have been critical in the development of new, inclusive approaches to tenure security and land management, understanding various stakeholders’ needs, and ensuring a common understanding of the policy’s scope.

There are a number of areas Nepal will now give attention to in order to implement the provisions of the National Land Policy:

In many of these forthcoming endeavors, Nepal will still benefit from the GLTN tools and knowledge. Congratulations to Nepal, the Government of Nepal, GLTN Partners, CSRC and UN-Habitat for this historic moment as the country embarks on this new era of inclusive land management.

More information about our work in Nepal

Highlights from some of the key stakeholder engagement events and land policy consultations undertaken in Nepal, which have included women, local and national government representatives and civil society organizations. (Photos© UN-Habitat/ CSRC)