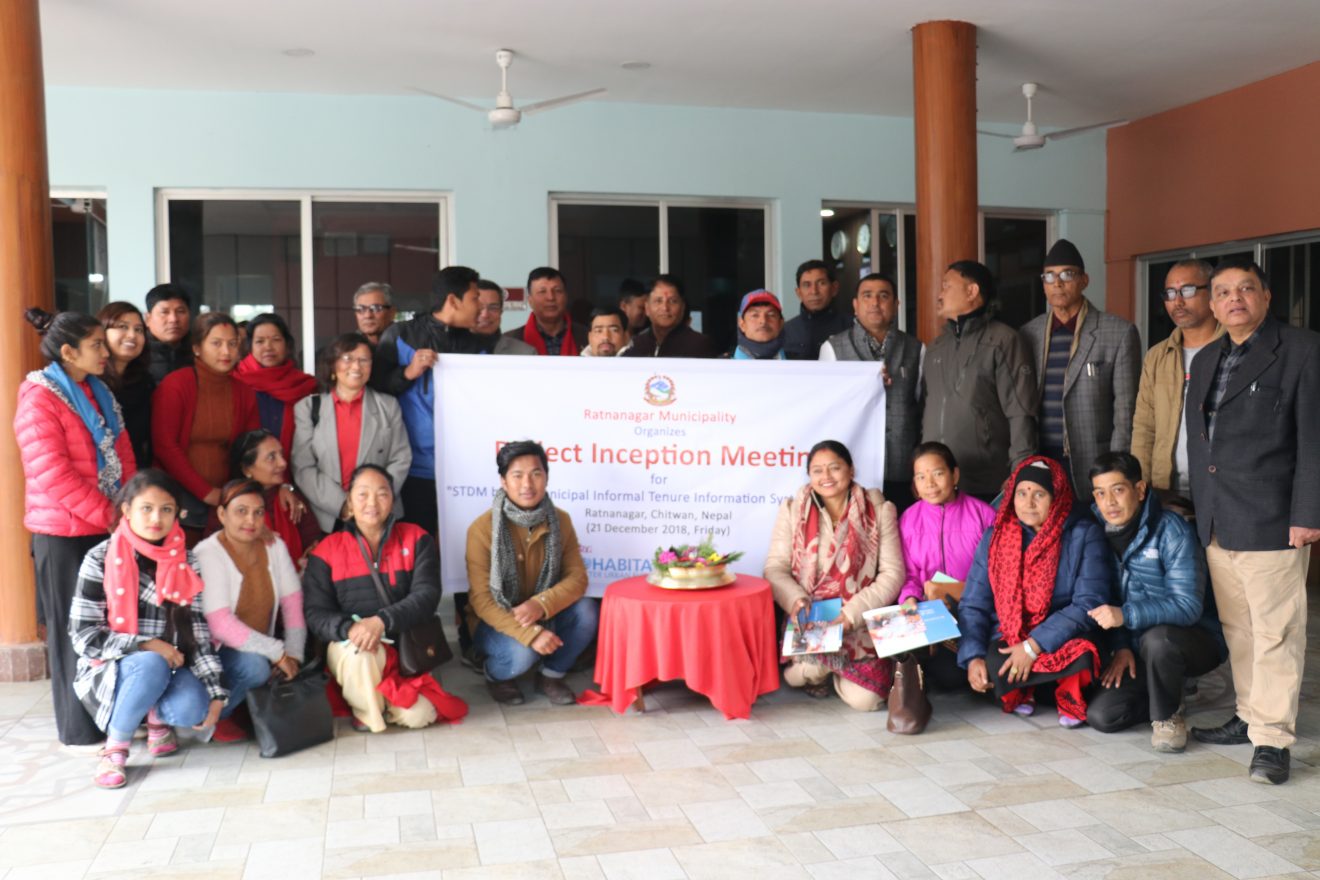 The issue of access to land for the landless, land tenure security and sustainable land management has been a priority area not only for the Nepal government but also for international bodies. Ratnanagar, a small municipality in Chitwan district, Province No 3 in Nepal has an estimated population of 90,000 and about 25 to 30 small and large informal settlement sites. Some of the settlements are recent while many have existed for several decades. A Rapid Rural Appraisal (RRA) conducted in August 2018 by UN-Habitat together with the municipal officials indicates that they constitute about 8% to 10% of total Households (HHs) within the municipality. Therefore, the municipality has always been keen on developing an information system for these informal settlements.

To respond to this need and as part of the Global Land Tool Network (GLTN) support to land reform initiatives in Nepal, UN-Habitat in partnership with a local NGO Lumanti Support Group For Shelter has been supporting Ratnanagar Municipality in developing an informal land information system. Hence, UN-Habitat and Ratnanagar Municipality have had several discussions on developing an information system to identify and analyze person and group land tenure relationships. This data will enable the municipality and concerned bodies to make informed decisions on tenure security and form a solid base for municipal planning. The information system will be based on the open source GLTN land tool, the Social Tenure Domain Model (STDM) which will be used for identification, verification and recordation of informal tenure holders in the municipality. The system will also be used to analyse data, generate information for land management and tenure security, document lessons learnt and provide recommendations for other Municipalities in Nepal. 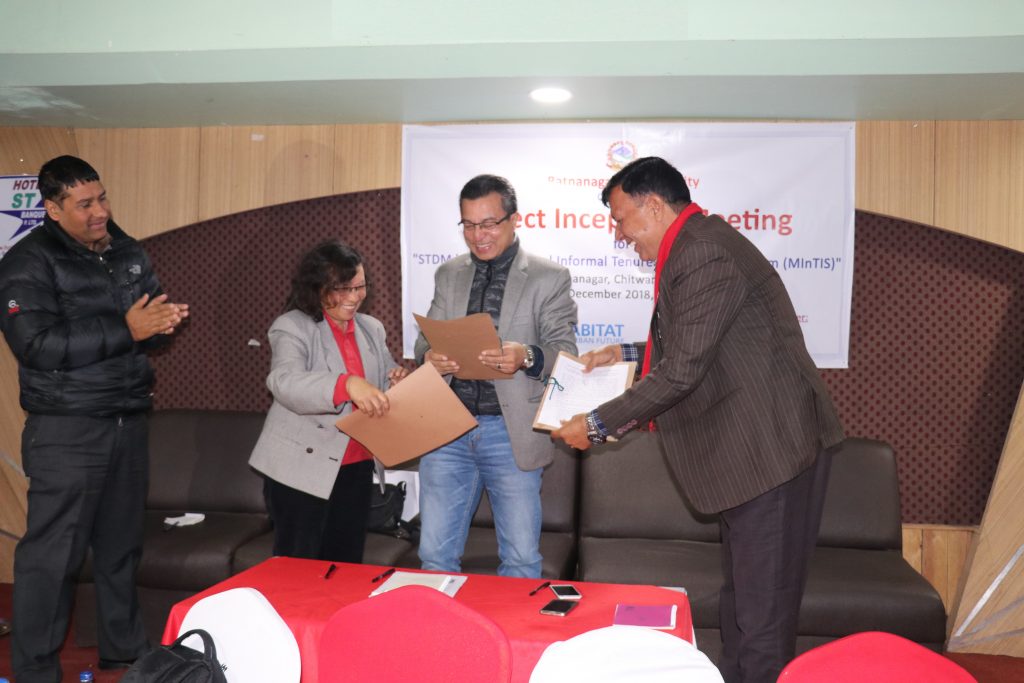 To kick off, a project inception workshop was held on 21 December 2018 in Ratnanagar brought together 44 participants, 30% of whom were female. This marked the official launch of the project led by Mayor Mr. Narayan Ban, UN-Habitat Programme Manager Mr. Padma Sunder Joshi and General Secretary of Lumanti Dr. Anita Manandhar. All three signed a Memorandum of Understanding (MOU) on how to conduct the project and its importance.

They also expressed their commitment to the success of the project. Municipality officials, elected leaders and representatives of local informal tenure holders participated in the discussions while Mr. Raja Ram Chhatkuli of UN-Habitat presented the objectives, methodology and anticipated results of the project. The project is scheduled to be completed by June 2019.

The land policy under discussion in Nepal, commits to recognize all types of land tenure and respect ownership of land. In line with this, the Fit-For-Purpose Land Administration Country Level Strategy for Nepal published in May 2018 advised for testing in at least one municipality on the appropriateness of data acquisition and processing of informal tenure using the Fit-For-Purpose (FFP) approach. Thus, this project was recommended as a response. 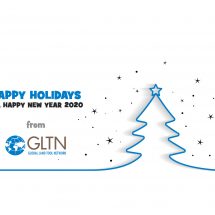 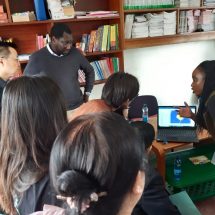 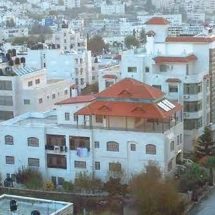 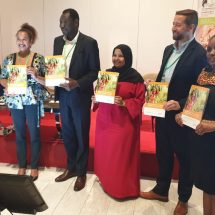