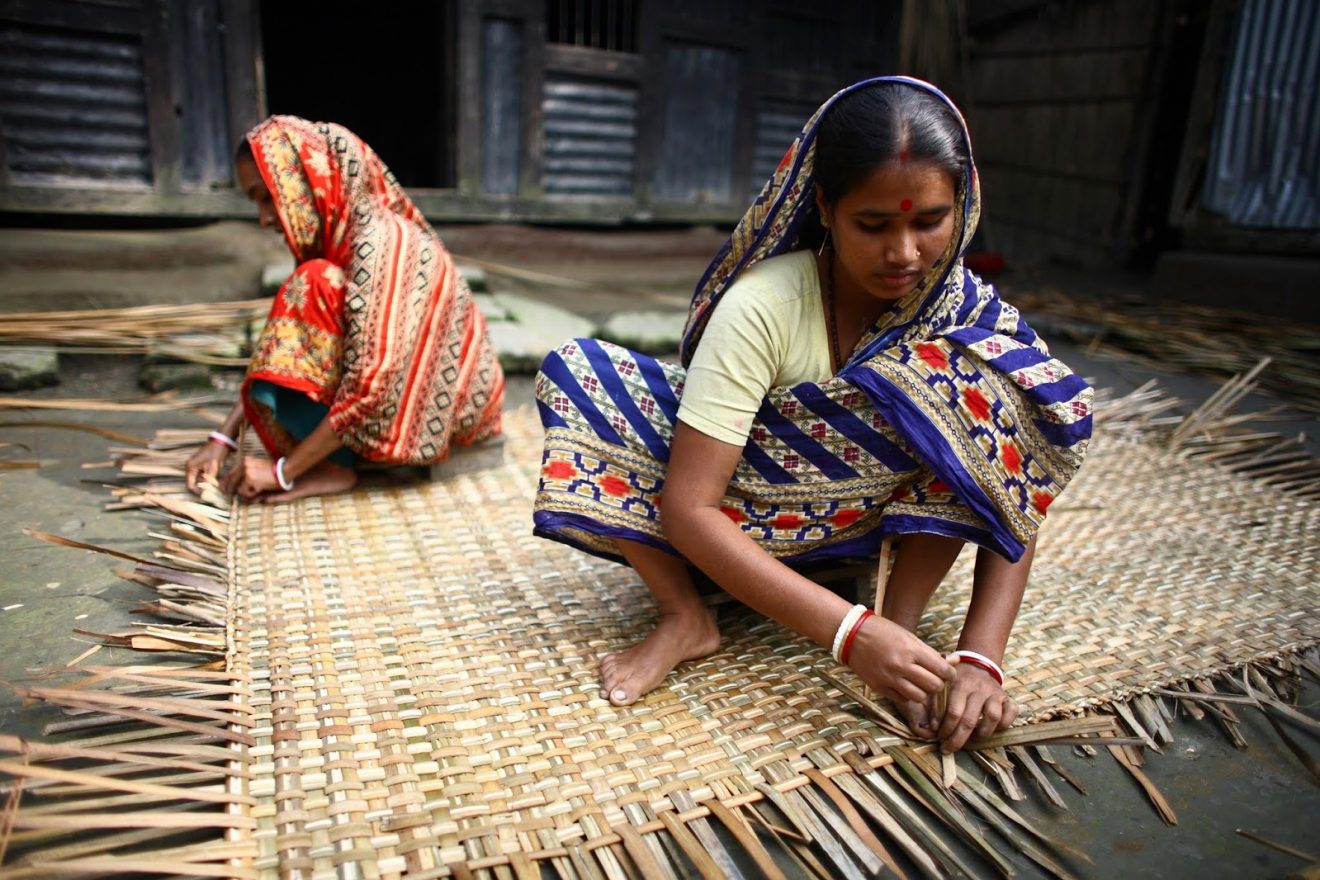 Identifying ways to secure indigenous peoples and communities’ land rights in the context of IFAD supported projects has been a focus for exchanges between IFAD’s Indigenous Peoples and Land Tenure Teams. In the context of the Committee on World Food Security, which attracts experts from all over the world every year, the two teams organised a joint event to explore ways to secure communal lands using participatory approaches in development projects. Building on the knowledge and experience of panellists from different backgrounds, the session explored issues affecting communal land tenure and rights for communities. The discussion centred on how to embrace development approaches that build trust relationships among communities and governments, creating a favourable environment for local and international investment and improving the social and economic wellbeing of local communities. The session was moderated by Mattia Prayer Galletti (IFAD), and included interventions from Sabine Pallas (International Land Coalition – ILC), Million Belay (MELCA, Ethiopia), Everlyne Nairesiae (UN-Habitat/GLTN) and Harold Liversage (IFAD).

Sabine presented the Land Rights Now international alliance campaign, which mobilizes and engages citizens, media, communities and organizations worldwide to promote and secure the land rights of indigenous peoples and local communities. The main goal of the campaign is to secure land rights, by doubling the global area of land legally recognized as owned by indigenous peoples and local communities by 2020. Protecting rights is instrumental for achieving sustainable development and ensuring land rights gives the means to protect and sustain both food systems and landscapes of indigenous peoples. Sabine highlighted the important role played by grassroots organizations, bringing the example of community-run forests leading to lower levels of deforestation (download the full report). Despite having customary ownership to half the world’s lands, indigenous peoples and local communities only have legal ownership over 10 per cent of it. This leaves community lands susceptible to expropriation for large-scale agriculture, mining, or infrastructure, which typically benefit fewer people and are more environmentally destructive than land use by local communities. What to change? – It is important to advocate for the effective implementation of existing national laws; development of new policies that sustain communities; gender and youth empowerment; sustainable consumption; meaningful data which can contribute to the economy and accountability – monitoring, transparency. Finally, Sabine presented a video on Land Rights Now Campaign for the World Food Day mobilization, highlighting that up to 2.5 billion people, including 370 million indigenous people, depend on land and natural resources that are held, used or managed collectively. They protect over half the world’s land surface, but have formally recognized ownership over just 10 per cent. This leaves a third of the world’s population vulnerable to dispossession by more powerful actors (the full campaign report can be downloaded here).

Million’s contribution focused on one of MELCA‘s projects, located in the Bale Mountains in the south-eastern part of the country, which developed a process of community-led participatory mapping. In this context, while existing laws are favourable to community rights, community law enforcement and government administrative organs are not always aware of the laws or choose to ignore or misinterpret them. In order to address these challenges, participatory mapping was introduced after a series of meetings and community dynamics led to the recognition of the territory in an intergenerational dialogue. A contextual profiling was realized in order to identify the concerns and issues of local communities. Million illustrated how local communities have a special relationship with their Sacred Natural Sites. These sites are constitute a source of life, water and livelihood, as well as cultural and spiritual values, tradition, identity, wisdom and community cohesion. Recognizing the Sacred Natural Sites was an important element in the participatory mapping process as it played an important role for the cohesion of local communities. The mapping process helped to “externalize” the issues surrounding land demarcation, helping to reduce conflicts as the people would not confront each other but engage with the map as a neutral object. The process was carried out for both past and present, improving the community’s awareness about their own situation and preserving their unity. MELCA also organized legal trainings for the local community, to teach them about their constitutional rights, while government officials learnt from communities through dialogues and visits. At the end, the government provided legal certificates to communities, improving the recognition of the rights through dialogue. The process for the recognition and protection of Sacred Natural Sites was finally strengthened with meetings at the national level which gathered people from local communities, the Minister of Culture, the media, and others.

Linking land to the SDGs

In her discussion, Everlyne underscored the global importance given to land in the context of the Sustainable Development Goals (SDGs). Targets under the SDGs are supported by a total of 12 key indicators measuring progress on land governance issues, including tenure rights from legal documentation and perception of tenure security. The SDGs have the potential to bridge land data gaps through production of regular, authentic data, disaggregated by sex and all types of tenure. This will include the collection of information by governments on group/common land rights through national statistical organisations, with support from other actors including civil society organizations and the private sectors. Data will not only help us monitor progress but also examine where we need to put more efforts in ensuring responsible land governance in line with the aspiration of the Voluntary Guidelines on the Responsible Governance of Tenure of Land, Fisheries and Forests. A Global Land Tool Network (GLTN) case study from Zambia demonstrates how traditional authority in charge of land governance can work with local communities in securing tenure rights to all, including women – an effort that promote conducive environment for soil and environmental protection including reducing land degradation, increasing agriculture production and other investment by women and local communities. Currently, the lack of land data frequently challenges the ability to engage with policy makers. An area of particular concern is that of gender: with most approaches looking universally at communal tenure issues, the dimension of women’s tenure rights is not well underscored and generally lacks data. In conclusion, Everlyne emphasized the importance of considering land rights as human rights, as well as the relevance of land in deriving community livelihoods including food security and empowering women.

The need for legal structures that support communities

One of the emerging concerns of the session was how to build relationships where there is no trust between institutions and government, which is responsible of execution. The type of mapping that Million illustrated requires between three and five days, the time necessary for the members of the community to engage and express themselves. Another issue is making sure that progressive laws are implemented, and that indigenous peoples and local communities have access to funding. Implementation requires domestication of international level legislation, but also a change in societies’ view on indigenous peoples and local communities’ culture and diversity. The promotion of national level campaigns is essential for spreading awareness around tenure security. Data generation – including gender-disaggregated information on communal land rights – are also needed to enable effective monitoring and engagement with governments and other policy makers from an evidence point of view. Realizing this whole process on a large-scale is fundamental. Legal structures that keep communities cohesive and defend them from external resources are fundamental. In some contexts, establishing boundaries that are recognised by the authority is extremely valuable. Mattia concluded the session pointing out that Free Prior and Informed Consent is a relevant tool to build ownership around land-related issues. Elite capture should be addressed in order to target direct funding to indigenous peoples’ support, to include them in the design and to take into consideration distribution aspects. In this regard, IFAD’s Indigenous Peoples Assistance Facility represents an innovative tool that indigenous peoples can access to finance small projects supporting self-driven development.