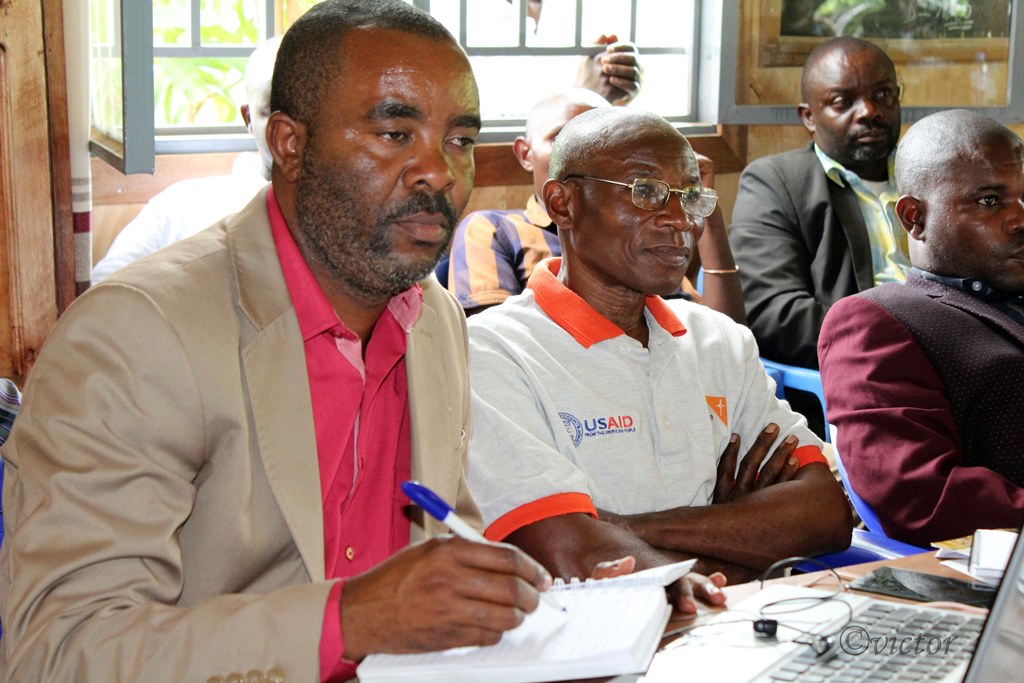 Participatory Community Land Use Planning was the central theme of the training of trainers’ workshop organized by the Christian Bilingual University of Congo in the conference hall of Linda Hotel in Goma, the main town of the North Kivu Province, Democratic Republic of Congo from November 30th to December 1st, 2017.

The workshop was facilitated by Professor Ibrahim Sabou from Niger, with technical and financial support from GLTN and UN-Habitat. The workshop drew more than 30 participants from the provincial ministry of land affairs of North Kivu and Ituri and provincial land administration staff from North Kivu. In addition to introducing new theoretical notions to the participants, the training session provided an opportunity to explore the use of effective land tools to resolve land conflicts that plague the eastern part of the country.

The training session is one of the activities related to the Participatory Community Land Use Planning program implemented by GLTN and UN-Habitat since February 2016 in partnership with the national government of the Democratic Republic of the Congo and key partners, such as UCBC, in the land sector in the provinces of Ituri, North and South Kivu. This program seeks to reduce land disputes in the selected conflicts affected zones through an integrated approach of the land use planning and management based on both ownership and participation of variety of stakeholders and institutional key actors in the prospect of strengthening the land governance and land reform efforts in the DRC.

The purpose of the participatory community land use planning project is to unlock and increase the potentials of the social and economic development in the project’s pilot sites in Ituri, North and South Kivu through the promotion of the integrated planning approach for the land use and occupation at the community level.

Per the participatory methodologies developed and implemented within the project; three goals have characterized this training session:

Within that prospect, the session facilitator challenged the participants to develop a good community land plan in the pilot regions of the projects, around the misuse of concessions land, negotiation between populations and concessionaires in conflicts or who have lost access to their land, metayage system or renting of concessions as well as the conversion of agricultural land into residential parcels.

In his speech, the provincial minister of land affairs of Ituri Mr. Gilbert Mukaika mentioned some relevant remote causes of land conflicts in his province while showing the essence of a participatory community approach in the development of the land use planning as one of key factors to decline the rate of land conflicts in such a region. He noted that 70% to 80% of cases identified in courts and tribunals have been rooted from land conflicts. In such a zone where there are divergent leanings on land issues, participatory community land use planning turned out to be the best approach to limit or reduce all possible land conflicts.

Within focus group discussions, participants’ exchanges enabled good understanding and realization of the roadmap of land layout schema for a better land use for all.

On behalf of the UN-Habitat office in North Kivu congratulated the active participation of land actors present in the session while inviting them to a new mission, that of making good on the lessons-learnt from the workshop so that to guarantee the effectiveness of the implementation of the project in all the pilot sites.

While the workshop session aims to develop effective methodology in the implementation of the participatory community land use planning project, it is therefore important to mention that the training carried out notions related to land layout in order to elaborate a manual that will serve as a methodological guidance for DRC as well as to inform and document the national land reform process about territorial land planning and provide concrete options for secure community land rights in order to implement a framework according to the objectives of the sustainable development program.

More images from the training event: