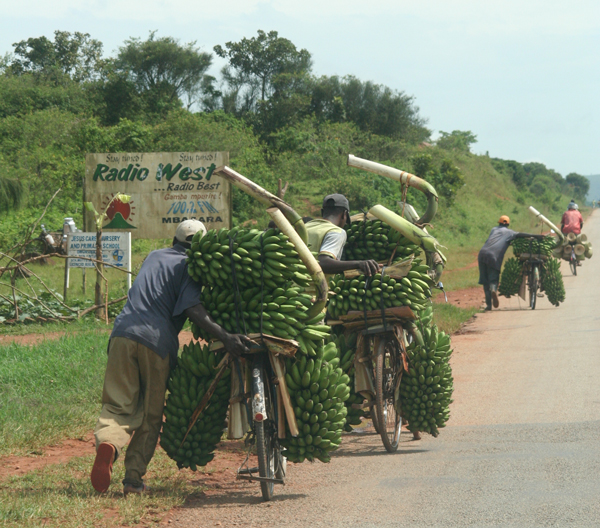 The Embassy of The Kingdom of Netherlands in Uganda and The Global Land Tool Network (GLTN) have signed an agreement for a project aimed at ‘Securing Land Tenure for Improved Food Security in Select Areas in Uganda’. The 2-year project focuses on increasing food security through improved security of tenure for rural smallholder farmers, particularly women, youth and vulnerable groups, in three agricultural production zones of Uganda. These are South Western Farmlands (Potato production), The Kyoga Plains (lowland rice production) and the Eastern/Mt. Elgon region (upland rice and potato production).  The three main objectives of the project are to;

This project builds on the findings of an empirical study on land tenure and food security conducted by the Global Land Tool Network, International Fertilizer Development Center (IFDC), Makerere University and The Embassy of the Kingdom of Netherlands in Uganda. The study focused on smallholder farmers in Eastern Uganda (Mbale, Tororo and Butalejja), the Ruwenzori region, the South-western region (Kabale, Kisoro, Mbarara, Kiruhura, Isingiro) and in Wakiso District in the Central region.

The study revealed that 73% of the farmers surveyed held land under undocumented customary tenure, gender inequity in land ownership, wetlands degradation (especially in the districts of Butalejja, Tororo, Kibuku) and increasing land fragmentation especially in the districts of Kabale, Kisoro among others. The study further revealed that 23% of farmers had faced some form of land disputes – predominantly boundary related. Majority of the farmers continued to access land through undocumented verbal rental contracts.

The project interventions will contribute towards the achievement of development targets in global and regional frameworks, such as the Sustainable Development Goals (particularly SDG 1, 2 and 5), under the broader spectrum of poverty reduction including combating hunger, increasing agriculture production, addressing land and environmental degradation and increasing agricultural land for women.

In addition, the proposed interventions fit within the priority areas of Uganda’s National Land Policy that aims at finding practical and acceptable solutions to address land issues at the local level. Outcomes from the project will inform the ongoing land debates and will contribute to the objectives of the government in securing community land rights, including customary land tenure in Uganda.

About the Kingdom of Netherlands Food Security Programme – Uganda: The food security program aims at inclusive growth of farm incomes and agro-food production by market-oriented small farmers, in particular women and youth, thereby contributing to sustainable individual food access. Main outputs of the programme are increased farm-income by 50% for 100,000 households and increased marketable surplus by 200,000 tons of cereal equivalents, sufficient to feed an additional one million people annually. Click here for more information on the strategic interventions.