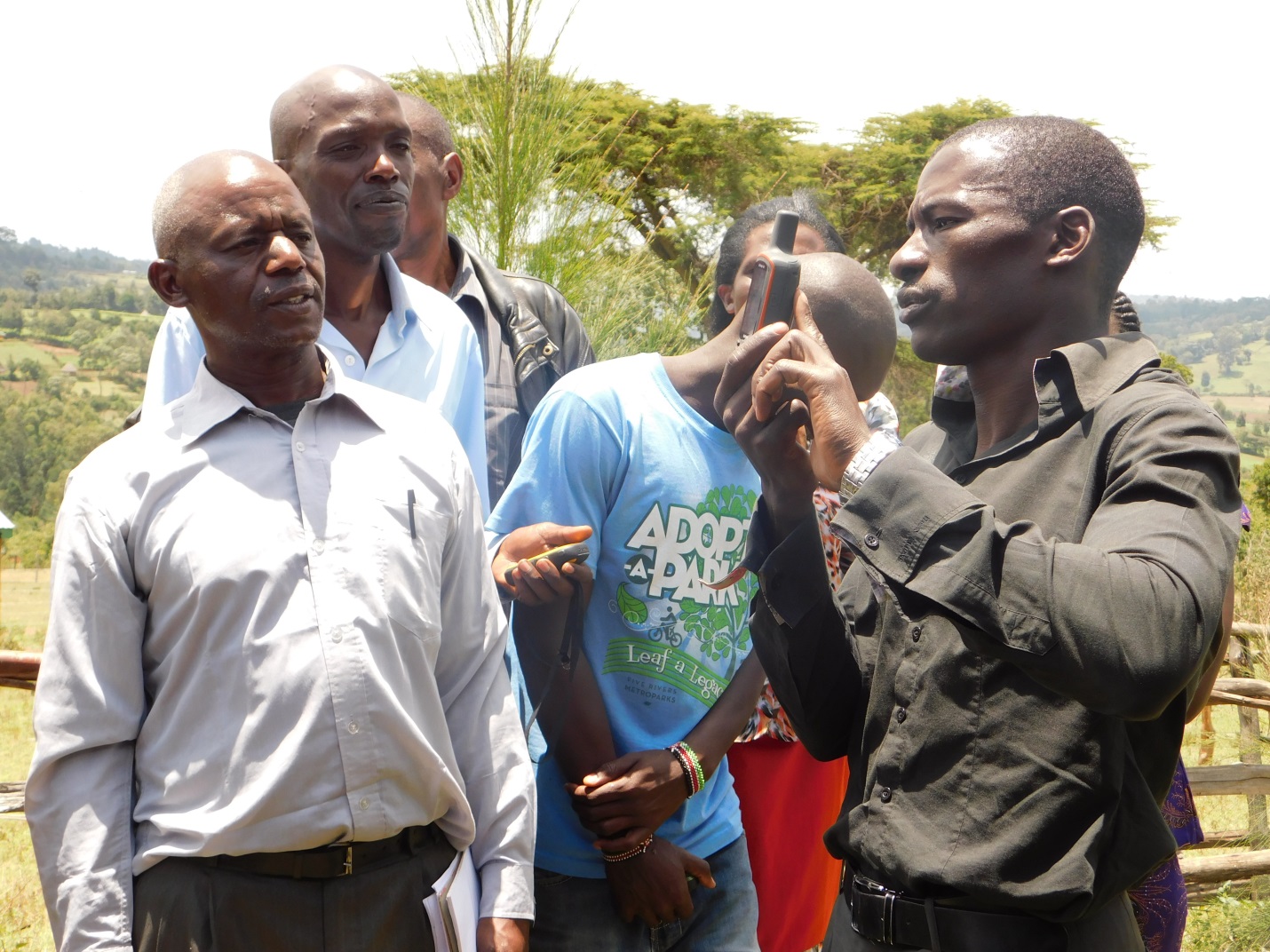 Smallholder dairy farmers from Kembu and Ndaraweta locations in Bomet County had nominated 20 men and 11 women as representatives from their farmer cooperatives to geo-spatially enumerate farm households and dairy animals, and map key natural and communal resources for dairy production in their communities. The 31 farmers were trained in data collection using the questionnaire and the hand-held global positioning system (GPS), before they were deployed to their respective villages.

“It is important to map and establish communal resource management plans by the communities involved so as to protect our natural and communally utilized resources from further encroachment” said Mr. David Kenduiywa, the DCA 2 chairperson, “the data will help in determining optimal animal carrying capacity of the grazing and drinking areas for the smallholder dairy farmers thus key to prevent resource over-exploitation and Degradation while improving animal productivity and incomes.”

The participatory enumerations were conducted between 4th – 11th September, 2017 by both communities spearheaded by the Smallholder Commercialization Programme (SDCP) in partnership with the Resource Conflict Institute (RECONCILE) and GLTN supported by the Land and Natural Resources Tenure Security Learning Initiative for Eastern and Southern Africa (TSLI-ESA) project of the GLTN and IFAD.

“We have had to mediate numerous conflicts over communal resources in Ndaraweta. I welcome this process and pledge to be a local administration champion for my area,” said Mr. David Rutto, Chief of Ndaraweta Location, “my only hope is that the data can be made accessible to all, especially local administrative units in view of the very key roles we play in preempting future conflicts over communal and natural resources.”

As a result of the participatory enumerations and geospatial mapping, 52 communal resources have been mapped in Kembu and 12 communal resources in Ndaraweta including cattle access corridors, communal grazing lands, salt licks, water points, cattle dips among others.

In addition, a total of 518 households and their dairy animals have been geo-referenced from the two communities.

Next steps include operationalization of completed the database for a participatory and sustainable communal resources management by the communities. “The database will be used in producing an inventory that will determine the number of resources against the animals and as such look into the carrying capacity of the land; how many animals can be efficiently and effectively supported within the resource envelope in Bomet County”, said Evans Kiplagat, SDCP Bomet County Coordinator

Snapshots from the field