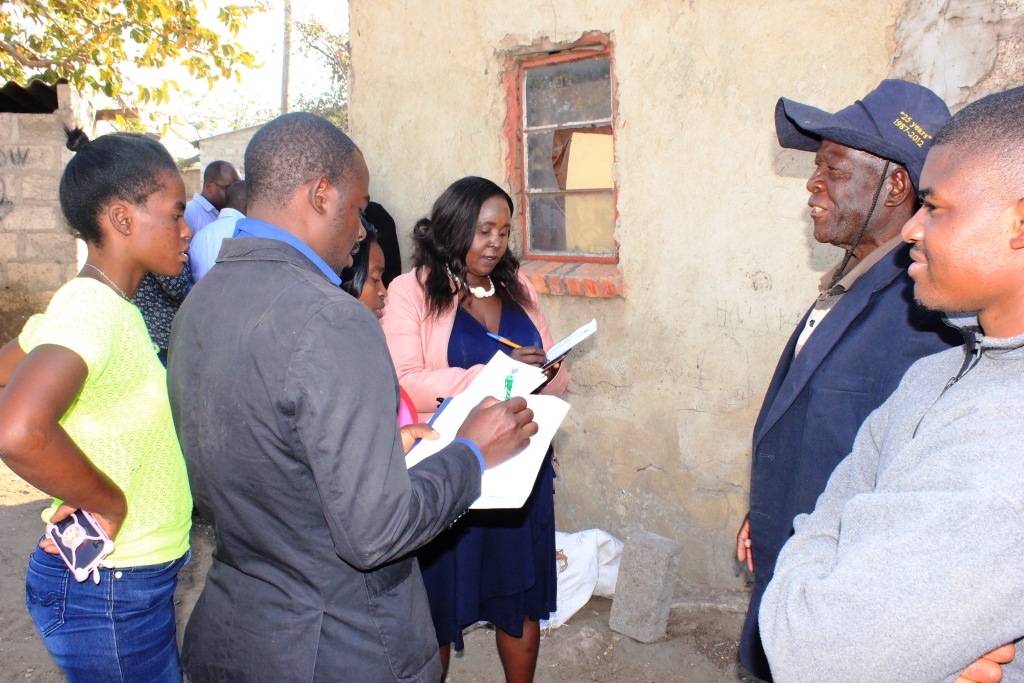 As part of support towards the Ministry of Lands and Natural Resources (MLNR) to implement the national land reforms in Zambia, the GLTN is working with the Lusaka City Council (LCC) to assist in the mapping of unplanned settlements, for the purposes of speeding up the process of issuance of occupancy licenses through the use of relevant land tools. It is expected that this will enhance the implementation of the on-going Lusaka city-wide slum upgrading and prevention strategy. GLTN is providing technical support in ensuring that LCC can undertake mapping and participatory enumerations using the Social Tenure Domain Model (STDM) in Kanyama informal settlement starting in Ward 10.  This is expected to improve the tenure security of the residents through the issuance of occupancy licenses that will be valid for thirty years.

To support the implementation of this project, GLTN conducted a -four-day training, from 22nd to 25th August, on participatory enumerations and STDM in Lusaka, Zambia. This event brought together fifteen (15) participants from LCC’s Housing, Planning, Legal and Finance Departments as well as representatives from People’s Process on Housing and Poverty in Zambia (PPHPZ) and Ministry of Lands, Natural Resources and Environmental Protection. Participants were taken through the conceptual and practical approaches of participatory enumerations and STDM, which also included a fieldwork exercise in Kanyama Settlement.

During the opening of the event, His Worship the Mayor of Lusaka City Council Mr. Wilson Kalumba, emphasized the importance of recognizing the occupancy rights of people living in Kanyama settlement, noting that he was keen to see this initiative rolled out in other informal settlements of the city.

In his remarks, Mr. Alex Chileshe, the technical adviser of UN-Habitat Office in Zambia underlined the need to develop sustainable plans which take into account the informal settlements in urban areas especially with the increasing population in Lusaka which is predicted to triple in the next ten years, (from 2.1 million to 6.5 million). He added that the application of GLTN tools will not only assist in the process of identifying where people are located in informal settlements but will ensure that these people begin a journey towards the improved security of tenure.

At the close of the training, Mr. Auxension Sakala from the Survey Department in the Ministry of Lands and Natural Resources underscored the need for LCC to embrace new open source technologies that link properties with their respective owners. He also shared that the Survey department is ready to support the programme by providing technical support and resources required to successfully implement the project starting with the delivery of the latest high-resolution satellite images for Lusaka City.

Several action plans were agreed upon to guide the partnership and to see to it that this project comes to fruition; the Lusaka City Council will work towards harmonizing the application of the GLTN tools across the different departments involved in the issuance of occupancy licenses Council; invest in strengthening their site office in Kanyama; and push for more active engagement of Kanyama settlement residents in the process through the Residents Development Committee.