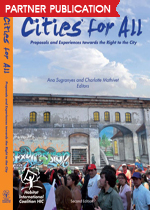 For over thirty years, Habitat International Coalition (HIC) has focused on the link between human habitat, human rights, and dignity, together with people’s demands, capabilities, and aspirations for freedom and solidarity.

HIC has been committed to be involved in the creation of a theoretical and practical framework for the right to the city. This first edition of Cities for All: Proposals and Experiences towards the Right to the City was first published in 2010 in English, Spanish and Portuguese. This second edition in English and Spanish has also been translated into French. It is intended as a source of inspiration for progress in the fight of all people to live in peace and dignity in every city in the world.

Here, we give the word to the actors who fight for the right to the city in the world in many different ways, all towards the same goal that another city is possible. 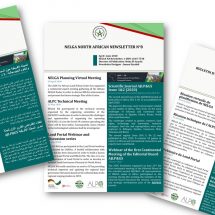