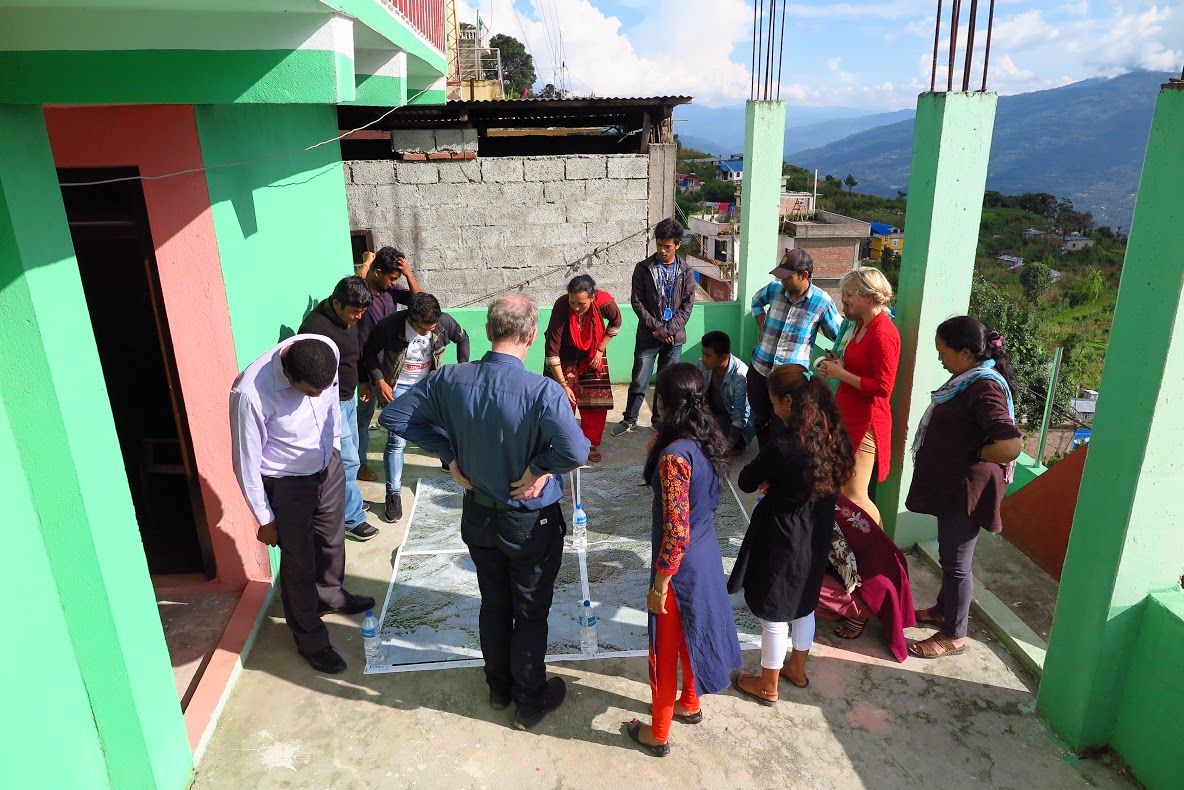 The Global Land Tool Network (GLTN), UN-Habitat and Kadaster (Netherlands) are jointly engaged in a fit-for-purpose Land Administration intervention towards the improvement of earthquake recovery and resilience for affected communities for sustainable and improved livelihood in four affected villages consisting of more than 1100 households in Dolakha District in Nepal. Dolakha is one of the areas that were devastated by earthquakes in the year 2015. HURADEC Nepal a national NGO devoted to human rights and development partnering with GLTN in the project implementation in Dolakha. The UN-Habitat, GLTN team is also engaged in technical assistance towards the formulation of a National Land Policy which at the stage of Draft Version 2074-02-23 as of June 2017 has recently undergone intensive stakeholders’ consultations at the provincial and local levels.

From 28th August to 1st September 2017, a training was conducted with a focus was on supporting the implementation of the spatial framework using satellite images. Three field supervisors and nine enumerators from community areas were successfully trained and at the end of the training were able to lay out the satellite images, identify landmarks and assist the community members in the exercise. High-resolution imagery of 30 cm pixels printed on 28 AO papers was applied. The land in Phulappa is very hilly with steep slopes and the residents use terraces to safeguard against soil erosion.  In the field test exercise, community members in a participatory manner and using landmark physical features like existing school and roads easily pointed out their terraces and boundaries on the satellite images and drew the general boundaries (in polygon shapes) with a marker pen with the assistance of the trained field supervisors.  The intervention aimed at establishing the social tenure relations in Phulappa and therefore accuracy was focused on the existing tenure relations rather than technical standards of a survey. The team also provided on the job training on data entry using enumerations done in an earlier exercise to HURADEC Nepal. They were also provided with orientation training on digitization and conversion of Raster data from the satellite images to vector format.

Two handbooks to support the current project and future exercises were prepared. Feedback from implementers in the field will be used to improve the handbooks and the information disseminated for other field surveys. The Visual boundary Handbook will guide supervisors and enumerators to conduct satellite-based farm boundary identification with the community and the Data Entry Handbook will guide the data entry person in carrying out STDM based data entry.

In support to the formulation of the National Land Policy in Nepal, from 4th to 5th September, 2017 the team gave technical advice for the National Land Policy formulation process to the Ministry for Land Reform and Management (MOLRM) delegation led by the Honourable Minister Dr Gopal Dahit and also Community Self Reliance Centre (CRSC) which is a non-governmental organization dealing with land and agrarian rights in Nepal.

Land Reform Minister Dr. Gopal Dahit reiterated his commitments to make policies that touch the day to day lives of poor and marginalized people in Nepal. Issues of focus as pointed out by the technical team on the National Land Policy of Nepal included the need to comprehensively link the needs of the country and its people to the policy and the importance of exploring viable and effective ways of solving the challenges, documentation of all existing typologies of tenure types to form a basis of how government will use that as a reference point to better manage land, exploring viable ways of achieving a forward-looking and progressive policy that will be relevant for the years to come and linking policy to global frameworks in tune with the times for fairness and sustainability.

The results of the international consultations as explained here will support the MOLRM in developing a pro-poor gender responsive and equitable land policy which is scheduled to undergo further stakeholders’ consultations before submission to the Government of Nepal.

Land and Poverty Conference 2018: Call for Papers, Posters and MasterClass
Capacity development in land administration with GLTN tools in Nigeria