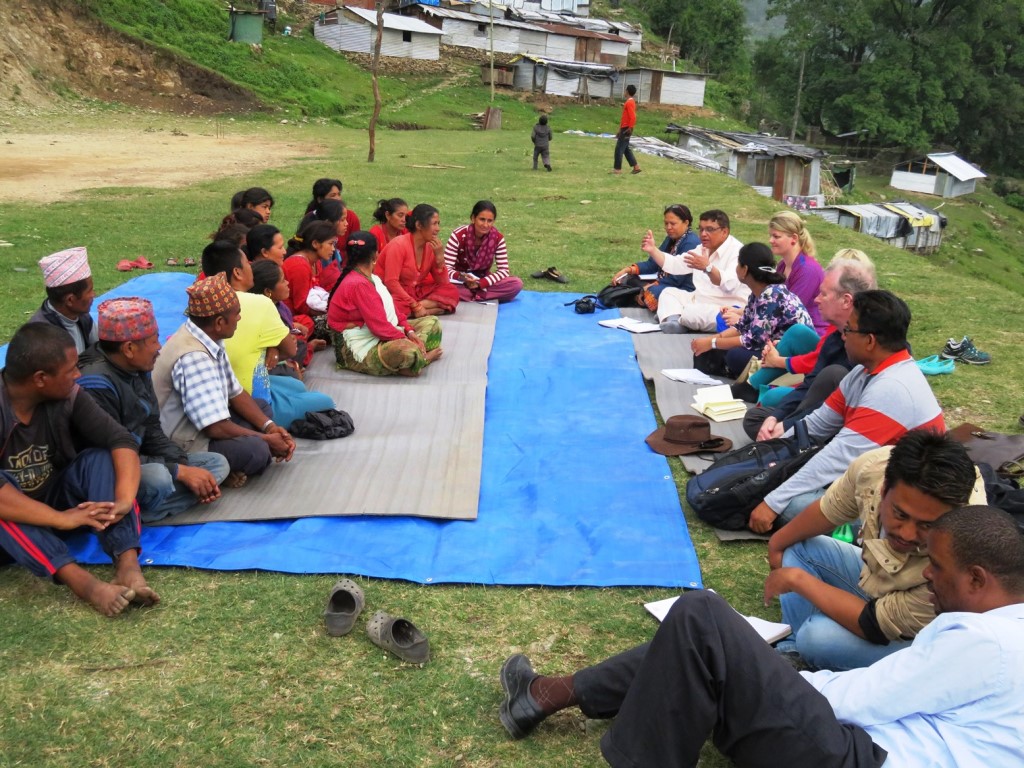 From 18 May to 25 May 2017, a joint team from these organizations conducted community dialogues in the three communities, finalized a joint implementation plan including the identification of appropriate pro-poor and fit-for-purpose land tools and methodologies, and launched the project with the community leaders, government authorities and other key land stakeholders. The three communities which were heavily affected by the 2015 earthquake, are located in Dolakha district which is about 130 kilometers from Kathmandu.

While the three target areas experience common problems after the earthquake, they also have varying degrees of tenure security issues and have unique requirements for appropriate land governance interventions. Such interventions will facilitate the households in the communities to receive government grants to undertake long-awaited reconstruction of their housing destroyed by the 2015 earthquake.

The first community is part of Ward 2 of Bhimeshwor Municipality, which is deprived of basic infrastructure as the settlement is located in an area with difficult terrain. Many of the households are from the indigenous tribes and the Dalits, who are considered lower in the social caste system, and are still living in temporary shelters after their houses were destroyed by the earthquake. Farmers in this community have been engaging in subsistence farming as share-croppers and unregistered tenants for many decades with no written agreements or documentation. Therefore the joint project aims to strengthen the community’s capacity in recording and mapping people to land relationship using fit-for-purpose solutions to promote tenure security improvement and to facilitate access to government grants and support for housing reconstruction.

The second community includes two settlements; Dihi and Phasimai of Jilu in Ward 4 of Bhimeshwor Municipality. Some 220 households were affected by the earthquake and most of them are still living in temporary shelters. Since most of them hold land titles, they plan to develop an integrated settlement plan as a part of their post-earthquake recovery. The project aims to support the community to implement participatory and inclusive land re-adjustment process and issuance of new titles in accordance with the approved integrated settlement plan. This support will also facilitate access by the community to government grants.

The third community is composed of two settlements previously located in the slopes of a mountain of Laplang and Suspa Chhemawati, and were displaced by a landslide. About 84 households were temporarily settled in a public land located in Pani Pokhari of Ward No 8, Bhimeshwor Municipality and need to be permanently resettled. The government has recently agreed to permanently resettle the affected communities in their current location through a land swapping scheme. These project interventions will necessitate the development of an integrated plan in the relocation site and to efficiently undertake the land swapping scheme between their previous landholdings and the relocation site. A request for support in the fourth site regarding the relocation and integrated settlement planning of Bulungkhani of Bigu Municipality will also considered after further field assessment.

The project partners agreed to potentially use and apply some of the GLTN tools in an integrated manner like the participatory enumeration, Social Tenure Domain Model, Tenure -responsive Land Use Planning, Gender Evaluation Criteria and Participatory and Inclusive Land Re-Adjustment (PILaR). These tools will be modified and will be customized accordingly to suit the local context. The experience of these interventions, which will be driven mainly by HURADEC and local community members, will also inform possible changes in the current policies and regulations. Meanwhile, at national level, it will also provide feedback in the development of a responsive National Land Policy and Fit-For-Purpose Land Administration strategy being undertaken in close collaboration with national government authorities, key land actors and Community Self-Reliance Centre (CSRC), an NGO affiliated with International Land Coalition. 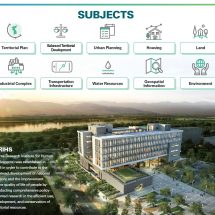