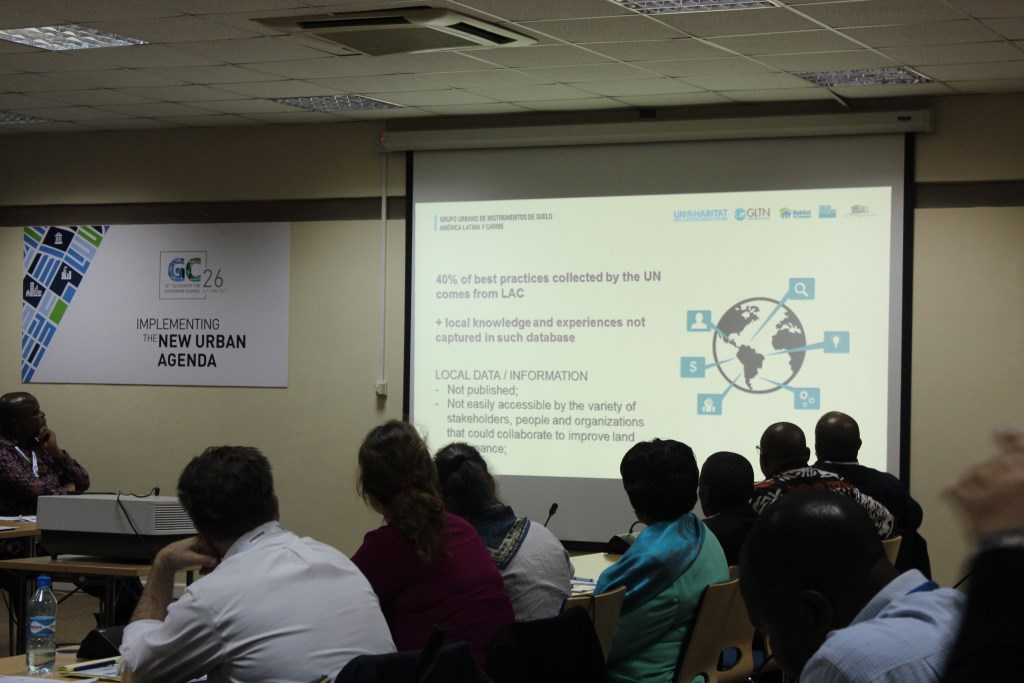 Global Land Tool Network  partners  and key land champions co-organized a Side Event on  “Harnessing the Value of Land for a Transformative Urbanization” during the 26th Session of the Governing Council of the UN Habitat held between 8-12 May 2017 at the agency’s headquarters in Nairobi. The Event took place on Wednesday 10th May 2017, in a session that brought together representatives from national and local government authorities, multilateral institutions, universities, private sector, local and international civil society organizations. The Session’s focus was on the centrality of land in the New Urban Agenda (NUA) and how partnership models can be instrumental in its effective implementation. It also explored strategies such as Fit-for-Purpose, participatory and inclusive approaches to land governance, knowledge management, land policy implementation and how inclusive partnerships can benefit organized grassroots communities.

Key resource speakers in the event drew on their practical experiences in making concrete suggestions on how the opportunities presented by the NUA can be realized, while at the same time providing guidance on its implementation. They included the Director General of Regional Centre for Mapping of Resources for Development (RCMRD) Dr. Emmanuel Nkurunziza, the Coordinator of the South African Federation of the Urban Poor (FEDUP) and a Management Committee member of Slum Dwellers International (SDI) Ms. Rose Molokoane, Manager of the knowledge mobilization platform SueloUrbano.org at Habitat for Humanity International (Latin American and the Caribbean) Ms. Raquel Ludermir, the Permanent Secretary for the Ministry of Lands, Housing and Urban Development in Uganda Hon. Dorcas Okalany, and Leader of the Land and GLTN Unit in the Urban Legislation, Land and Governance Branch of UN-Habitat Mr. Oumar Sylla.

The side event was chaired by the Deputy Executive Director of the UN-Habitat Dr. Aisa Kirabo Kacyira. She highlighted the important role played by the GLTN Network in opening up spaces for dialogue between local communities and governments on issues of tenure security. Underlining the NUA’s recognition on the need to secure land tenure for all, especially for women and vulnerable groups, through the continuum of land rights framework, Dr. Kacyira called for the involvement of the private sector and other land stakeholders as key players in the implementation of the New Urban Agenda.

Various speakers and participants alike celebrated the inclusion of land and tenure security in the NUA, which is seen as a key strategy that promotes the progressive realization of human rights, especially those of marginalized communities living in rural and urban areas.

The presentation by Dr. Nkurunziza on the ‘Fit-for-Purpose Land Solutions’ as informed by the Rwanda experience showed how new solutions that are affordable, flexible and with the ability to be incrementally improved over time,  are required to deliver security of tenure for all. In addition, the Permanent Secretary Honorable Dorcas Okalany described the efforts of the Uganda Government in the implementation of the Uganda Land Policy through legal, institutional and spatial reforms including on gender and land dimension.

Ms. Ludermir’s presentation, building the experience from Latin America and the Caribbean region, addressed the need for knowledge sharing, awareness raising and capacity development in mobilizing partnerships towards concrete actions. Ms. Molokoane further highlighted the need for collaborative partnership like the GLTN and the need for strong collaboration between the local urban communities and government authorities at all levels, noting the critical role of women in the implementation of the NUA.

The Governing Council presents the first formal diplomatic gathering of the New Urban Agenda’s key stakeholders – national governments, local governments and civil society since the Quito Habitat III conference in October 2016, where 167 countries formally approved the NUA. The NUA is a 20-year urbanization strategy, outlines the need for legislative and financial tools to plan and manage cities that can meet the needs of all their residents for sustainable and transformative urban development worldwide. 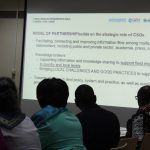 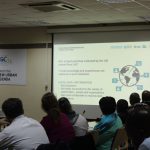 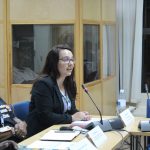 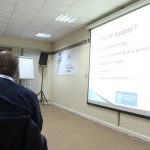 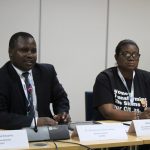 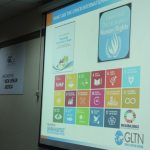 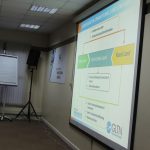 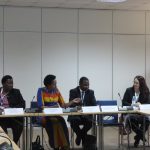 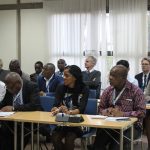 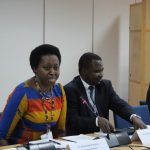 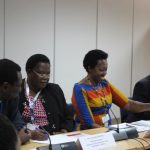 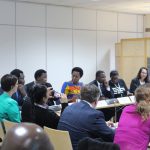 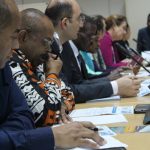 TagsGC26 Land in the NUA UNHABITAT

Women and land in the Muslim world: Expert review of guidelines
GLTN welcomes the Cadasta Foundation as its 78th Partner.