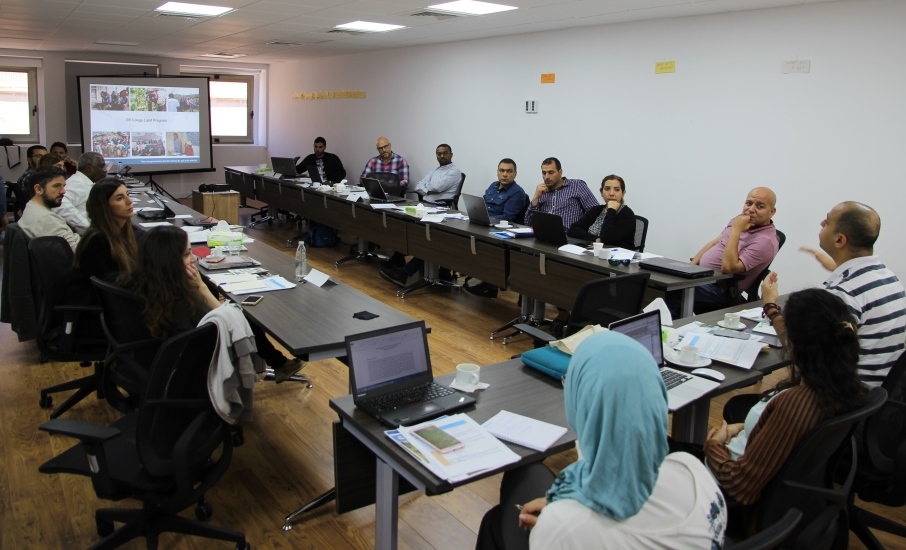 Exploring land related challenges, sharing experiences, tools, approaches and lessons learnt on housing, land and property rights interventions was the main agenda during the Regional Learning exchanges organized by GLTN, the UN-Habitat’s Regional Office for Arab States and the UN-Habitat Lebanon Office in Beirut, Lebanon from the 24-27th of April 2017.

Partners from Iraq, Lebanon, Sudan, Syria and Egypt shared their projects, achievements and challenges. This was further enriched by the diverse experiences of UN-Habitat colleagues and other participants from the International Land Coalition, UNDP, the Norwegian Refugee Council, the Lebanese Cadaster and other Lebanese associations involved in land.

A wide range of approaches and GLTN land tools was presented and analysed, while in-depth discussions revolved around priority aspects of land and tenure security: land and conflict, pro poor land policy development,  gender, the continuum of land rights approach to tenure, participatory enumerations, and the different applications of the Social Tenure Domain Model (STDM), a pro-poor land administration tool.

Country experiences were shared and debated, including an informative city tour that demonstrated the pro and cons of how urban reconstruction and land rights were tackled in the wake of the civil war, in a context of widespread destruction and economic collapse, which a challenge now being faced by Syrian and Iraqi cities. The Pinheiro Principles and their application to restitution processes in the region were also discussed. Participants’ evaluations of the workshop were generally very positive, noting the post-conflict discussions, exposure to the Pinheiro Principles and the application of GLTN tools such as STDM as the main highlights.

Participants and organisers emerged from the discussions with enriched perspectives on the need to balance private and public land interests, overlapping land rights and claims, and flexible inclusive land approaches which do not undermine but rather complement existing formal land administration systems.

An encouraging spin-off from the event was a subsequent focus session looking at the potential use of the continuum approach to tenure as a tool to inform planning for and implementation of post-conflict reconstruction strategies in Syrian cities.