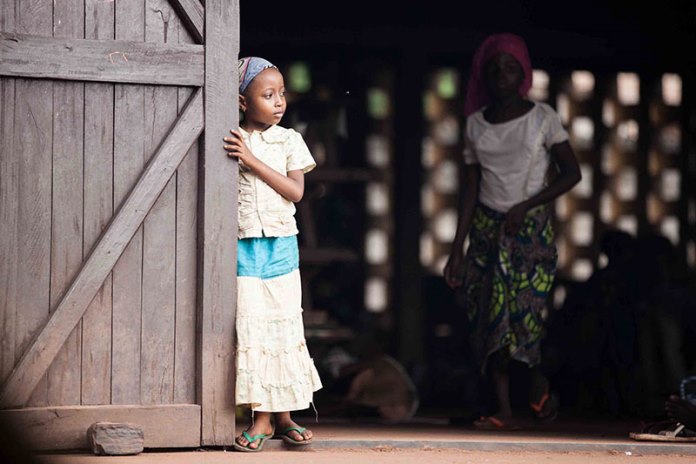 Tenure insecurity, the fear of forced eviction, is a harsh reality for many who are internally displaced in urban areas, especially women.

Threat of eviction is a daily struggle

For internally displaced people (IDPs) living in informal settlements and sharing overcrowded low-quality housing, the threat of eviction is a constant fear. Even people who are renting legally can struggle to pay on time, fall into debt and risk eviction or exploitation by their landlords, at any moment.

Forced evictions are a violation of human rights and are often linked to the absence of security of tenure, an essential element of the right to adequate housing. This affects all areas of people’s lives. It perpetuates a feeling of insecurity and a lack of trust between displaced persons and their host communities. Displaced families who have fled their homes are often forced to move several times and can lose access to assistance, jobs, schools and health care. It makes it harder to integrate into communities and to form vital support networks.

NRC’s legal assistance programmes working with displaced communities in 20 countries including Afghanistan, the Central African Republic (CAR) and Colombia, have shown that internally displaced and returnee women are more likely than men to be evicted from their homes by family members. Women are more vulnerable to multiple forms of gender-based discrimination, in particular when they are female-headed and in poorer households, refugees or internally displaced, and/or members of ethnic or religious minorities.

Despite most national laws guaranteeing equality for women, the prevalence of customary laws and conservative social attitudes in many countries means that they can be evicted from their family homes when their husband dies or after divorce. For example, in Central African Republic widows often face difficulties when they return to their homes after conflict. After a woman’s husband dies, the family of the deceased may evict his widow, and in some cases also their children, from the marital home. The widow is expected to return to live with her parents or other remaining family.

Discriminatory practices which exclude women from inheritance and marital property have devastating consequences following displacement, when IDPs return to try to rebuild their lives. Research shows that when women have secure homes they are better able to support their families and find long-term solutions to their displacement.

Building Partnerships for Land Tenure Security in Uganda: the experience of ACTogether
Land and Poverty Conference 2016