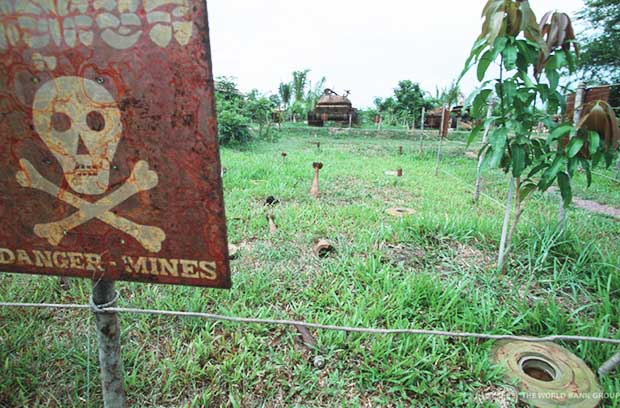 GLTN Supports an Issue-Based Coalition on Land and Conflict

As part of creating a global issue based coalition on land and conflict, over 60 global and regional experts met in Nairobi, Kenya on the 1-2 November 2015, to discuss solutions and exchange ideas. Experts represented international organizations, UN agencies, non-governmental organizations, academia and governments from affected countries. The meeting was organized by the Global Land Tool Network (GLTN) which is facilitated by UN-Habitat.

Under the coordination of the Secretary General’s Office, Rule of Law unit, UN-Habitat/GLTN has been undertaking a functional analysis of land and conflict work being done by the UN across all 3 pillars of Peace, Stability and Development (including Humanitarian). The Scoping and Status Study on Land and Conflict created by this study was presented for comment. The meeting also reviewed new thinking that is emerging from the Secretary General’s office on UN Reform for peace operations in regard to the identification of root causes of conflict and how to address them in a new more sustainable way, with respect to land.

Participants presented their experiences with land and conflict from Afghanistan to Liberia, from Iraq to Dafur, from peace agreement development by the Department of Political Affairs Standby Mediation Unit to solutions being used by the United Nations High Commission for Refugees. Presentations showed that land is increasingly becoming a key driver of conflict and instability, posing an increasing global challenge. This will increase in the next decades because of climate change, food insecurity, population growth and chaotic urbanisation.

Key themes discussed for action included land as a root cause of conflict, capacity development requirements and how to develop capacity both inside and outside the UN on land and conflict. Participants also shared innovative solutions and tools for this work. They identified new solutions and tools that needed to be developed and operationalized for both urban and rural areas. There was general agreement that better integration between UN and non UN entities is needed around the issue, specially at country level. The UN needs to create a common agenda on land and conflict across all 3 pillars, including conflict prevention, peace agreements and peace-building, humanitarian and development efforts. Participants agreed to remain engaged as part of the issue based coalition being built around land and conflict across the UN, and between the UN and non UN entities.

GLTN, using funding from the Swiss Development Corporation, will continue to support the creation of this issue based coalition, and contribute to the development of solutions and tools and capacity development. A follow up meeting will be held in Washington in March 2016 at the margins of the World Bank Land and Poverty Conference to facilitate sharing among partners and advance this agenda.