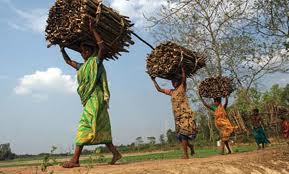 Kinshasa, the 23rd of February 2013: DR Congo is one of the first pilot countries to carry out the LGAF study, a tool developed by the World Bank to assess land governance in many countries throughout the world.

The study is was carried out by CODELT, a national NGO with the contributions of national land experts and civil society. During two days of workshops (19-21st of February) land actors in DR Congo reviewed the report. The first day’s workshop was opened by the Minister of Land Affairs, Professor Robert Mwinga Mbila, who reiterated the government’s commitment to involve all actors in the process, and mainly the civil society.

The findings of the study were also separately presented to line ministries, donors, and technical partners. UN-Habitat/GLTN technically and financially supported the two day workshops. A donor meeting convened by UN-Habitat followed the two day workshops to discuss the findings of the study and coordination mechanisms for better harmonizing interventions and views with regards to the land reform process in DR Congo. Also the UN-Habitat country team contributed to the peer review panel of the study.

UN-Habitat is intending to replicate LGAF at the provincial level to better capture dynamics and changes related to land governance in the process of developing a land policy in DR Congo. 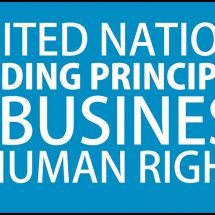 Regional Workshop on Mainstreaming Land Rights in the UNGPs in Asia

Land Journal-Securing Land Rights for All through Fit-for-Purpose Land Administration Approach: The Case of Nepal 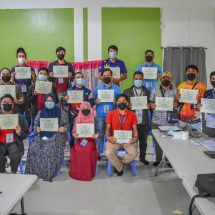 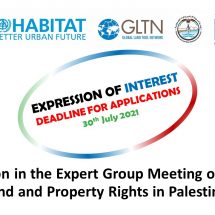 Expression of Interest for participation in the Expert Group Meeting on Housing, Land and Property Rights in Palestine