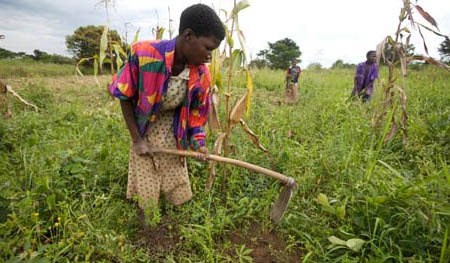 When David Cameron made his keynote speech to the UN in September, he recognised property rights as one of the building blocks that take a country from poverty to prosperity. But for the vast majority of the world’s poor, property rights or secure tenure are currently inaccessible.

According to UN-Habitat, only 30% of land in developing countries is regulated by some form of land registration system, and consequently 5 million people worldwide suffer forced evictions every year. With rapid urbanisation and slum development, where conventional tenure systems exist they simply cannot keep up.

For many of the world’s poorest communities – and particularly for women and indigenous groups within those communities – full titling to prove ownership of land is expensive and unattainable. Some governments have little experience of formulating and implementing land tenure policies.

Demand for better access to land and for protection against eviction is increasing, yet large-scale, conventional individual land titling programmes are no longer appropriate. Although existing customary and religious land tenure systems are sometimes more accessible to local communities, they also have the tendency to discriminate against women and marginalised groups.

The question is this: how can low income and vulnerable people access secure tenure? The answer requires inclusive, proactive and legal institutions and political structures – and the will.

Habitat for Humanity is one of the 50 partners in UN-Habitat’s global land tools network, which is developing new approaches to ownership based on a continuum of land rights. Where previously residents would have only two options – undocumented, unrecognised informal land occupation or expensive, formal individual land titles – the network is trialling an approach that gives residents protection from eviction and is locally sensitive.

The network is piloting a social tenure domain model in Uganda. It is using a survey, GPS system and a database to gather and analyse information, mapping community structures and facilities, family information, supporting documents and photos, and producing reports of the community and their land tenure situation.

Part of the process is to build the capacity of the community in Uganda to input and update this system. The occupants are given a “certificate of residency” in recognition of their history within the space which gives them an address to access other services. Though it does not grant full land ownership, the certificate can be used to start a conversation with authorities on local planning and secure land tenure.