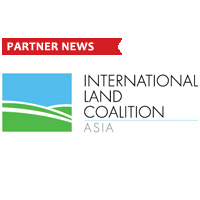 The Asian region is rich with 34% of the world’s agricultural area and 15% of the world’s remaining forests. Three-fourths of the world’s farming households live here, 80% of which are small-scale farmers and producers (World Bank, 2008). It is home to 75% of the world’s farming households, and about 80 percent of these are small-scale farmers and producers. But majority of these small food producers live on less than $1.25 per day. In fact, the Food and Agriculture Organization (FAO) reports that of the 925 million hungry in 2010, 578 million are found in Asia. The International Fund for Agricultural Development (IFAD) attests that 70% of the world’s very poor people are rural. They are chronically poor due to lack of assets, limited economic opportunities, poor education and skills, and socio-political inequities (by gender, age or indigenous roots).

The political environment remains ambivalent though if not indifferent towards upholding redistributive land and resource policies. Land and forests are seen more as tools for profit rather than food security or environmental conservation. Also, the increasing large-scale investment in land, particularly in the agricultural sector, but also including other sectors such as mining, agrofuels, tourism, forestry and carbon sequestration, is of interest and concern to a wide variety of organizations.

Landesa: The key to peace and security is right under our feet – Land
International celebrations for World Habitat Day, Monday 1 October 2012