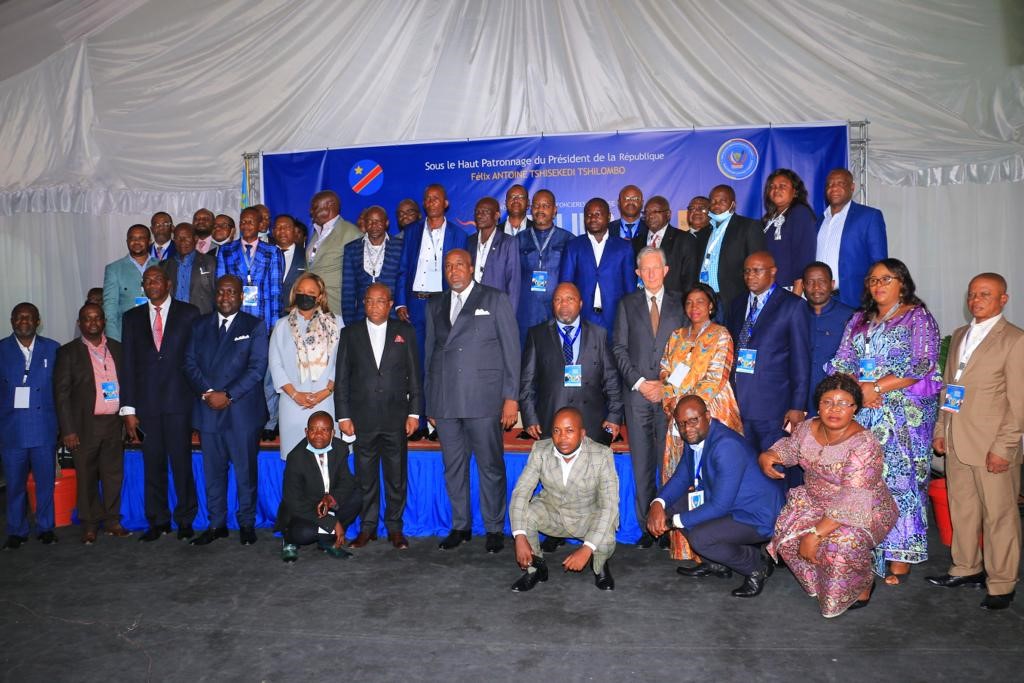 Over 50 years after independence, the National Land Policy of the Democratic Republic of Congo was approved by the Council of Ministers on 15 April 2022. The Minister of Land Affairs declared that it was “…a significant step forward in the process of land reform undertaken since 2012”.

UN-Habitat and the Global Land Tool Network have been supporting the land policy reforms in the country for 10 years. The land policy was developed and approved through the Support to Land Reform and Capacity Development in DRC Programme with the support of the United Nations Central African Forest Initiative facility.
The National Land Policy addresses the current and emerging land-governance issues in the country. It took more than two years of extensive, multi-stakeholder consultations in 26 provinces, a series of partner and experts’ dialogues, and a national validation workshop in November 2021 to reach this landmark achievement.
The new policy is expected to lead to substantial improvements in a range of areas. It will ease the recognition of tenure security of customary lands in both urban and rural areas, along with subsequent land transactions. It will improve the recognition of land rights of marginalized groups, particularly women and indigenous peoples. It makes way for the land administration to be modernized, the transparency and delivery of land administration services to be improved, and land-administration functions to be decentralized. The policy will make it easier to prevent and resolve conflicts over land.

UN-Habitat and GLTN are now working with the National Land Reform Commission (CONAREF) and other key partners to revise and develop a new land law based on the approved policy. An experts’ retreat was organized in early April 2022 to produce an initial draft of this law. This draft will be subjected to various consultations in the coming months, with a view to having a final draft by June–July 2022.

Mr Aimé Sakombi Molendo, Minister of Land Affairs, acknowledged the contribution of UN-Habitat: “May UN-Habitat, the implementing agency of

the land reform support programme within the framework of the [Central African Forest] initiative, be thanked for the technical, administrative and logistical support it provided to CONAREF in order to successfully carry out its mission.” 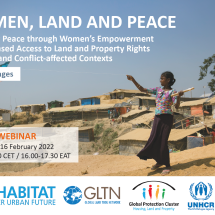 Launch of the Key Messages on Women, Land and Peace