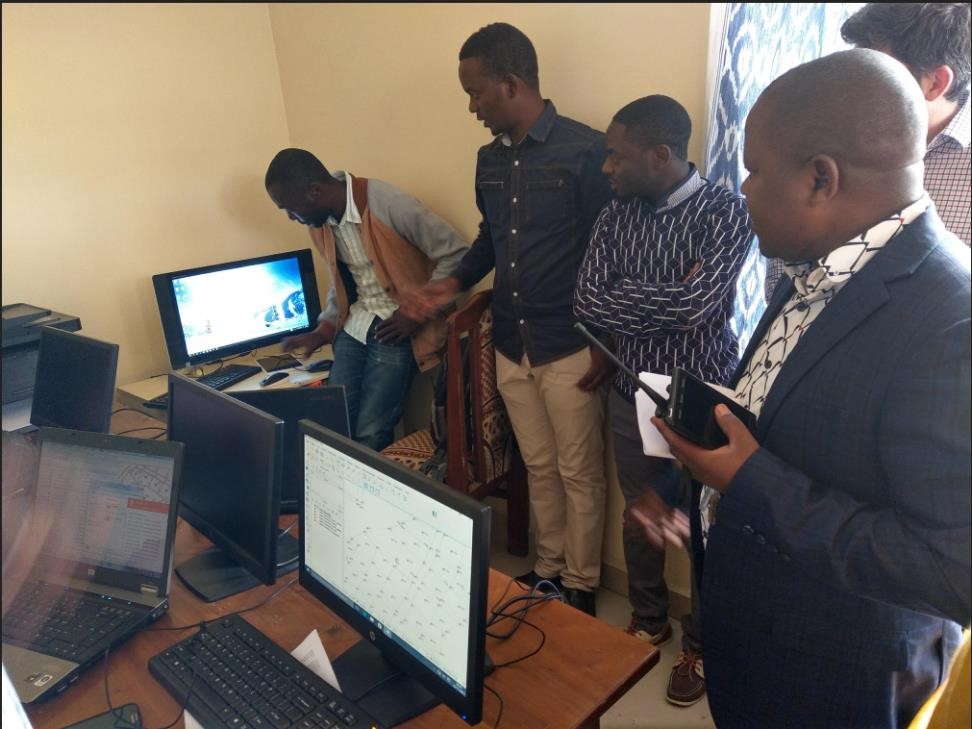 Three provinces in Eastern Democratic Republic of the Congo, together with customary chiefs and local community have come together for the first time to jointly address the land governance and tenure challenges in the region towards fostering peace and stability in the region.

UN-Habitat country office in DRC and North Kivu provincial administration facilitated a joint mission with Global Land Tool Network at the beginning of August 2018. The mission was aimed at fast tracking the implementation of the fit for purpose land administration, evaluating the progress and meeting local stakeholders.

Land continues to be a major source of conflict in Easter DR Congo. Weak land administration systems and uncoordinated land management regimes in both the formal and informal sector are made worse by evictions and ethnic tension that has triggered land conflicts in the past. Through the “Support to Land Governance for Peace, Stability and Reconstruction in DR Congo Post Conflict” project, both the local government and communities are embracing a participatory land demarcation processes using handheld GPS devices and tablets to map individual parcels, concession areas and public land in town and villages, as well as enumerating all the beneficiaries at household level. The project covers three provinces (North Kivu, South Kivu and Ituri), working with the local land administration office in each pilot site.

Through the project, GLTN as facilitated by UN Habitat brought together land stakeholders to create awareness on the need for participatory and inclusive fit for purpose land administration, for improved land governance and transparency, towards peace building and development.

This process has improved relationships among the stakeholders, with customary chiefs and the government’s chief land surveyor working together to establish new parcel boundaries on informally developed areas, and issue official certificates after the process. Using GPS and guided by the land owner in the presence of the neighbors, the government land surveyor demarcates the parcel extents while specially trained community members collect social economic information how the land is used. This information is then uploaded into a land information system based on the Social Tenure Domain Model application. In North Kivu, about 500 households in Kisigali pilot area have been enumerated while about 1300 households in Butumba, South Kivu have been captured so far.

The overall project objective is to provide a model for low cost land administration in support of good land governance, transparency in land administration and effective land use planning in post conflict areas. Consequently, the provincial administration in Eastern DR Congo has welcomed the partnership and application of GPS technology in land administration as it will lead to better revenue collection, tracking of taxes, and spur growth and investment in the region. In addition, the current project initiatives are aligned with the ongoing land reform process in Democratic Republic of Congo, with the outcomes contributing to the country’s land policy discussion.

The geospatial technologies and database systems bundled in the Social Tenure Domain Model have supported establishment of land information system that is hosting cadastral records, social economic and other land-use data. With the use of the satellite imagery, the land-use data gathered from the wider program activities will additionally support the Community Participatory Land Use Planning (CPLUP) work in the three provinces.

Call for Papers, Posters and MasterClass for the 20th Annual Conference on Land and Poverty
Watch: Reflections from the 7th GLTN Partners Meeting 2018.