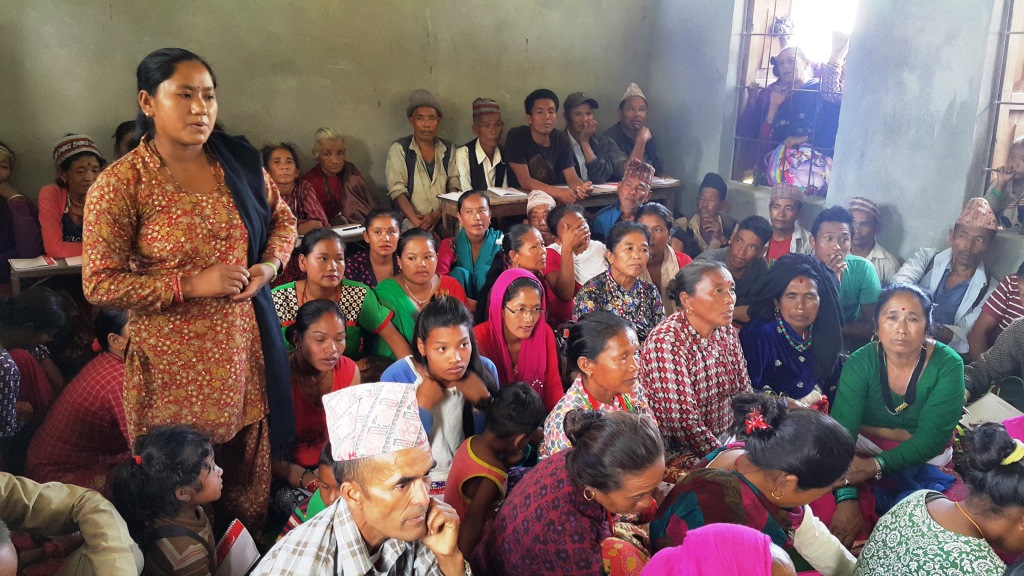 About 250 community members recently showed up in the first ever dialogue between newly elected local officials and local villagers in an attempt to speed up addressing land and housing issues in the context of post-earthquake recovery in Phullapa Village, Dolakha District, Nepal. Other government officials from line ministries also participated in the dialogue to build understanding on the current challenges and how these challenges can be overcome in the near future. The meeting was successful as community members were able to articulate their specific issues and government officials clarified the government position and the applicable regulations and procedures. At the end, both parties agreed to cooperate and address the issues together in the near future.

Human Rights Awareness and Development Centre (HURADEC), a local non-government organization, facilitated the whole process in connection with the current partnership with GLTN, Kadaster International and UN-Habitat Country Office towards implementing fit-for-purpose land administration solutions in at least three (3) communities affected by the earthquake. It is envisioned that with the combination of fit-for-purpose land tools and methodologies, capacity development and community and government cooperation, the specific issues related to accessing government grants and improving tenure security will be improved.

Meanwhile, the on-going development of the national land policy is gaining grounds after months of extensive multi-stakeholder consultations particularly at provincial and district levels. The government through the various ministries and agencies has formed the Steering Committee to oversee the development of the national policy with wide consultations from various land stakeholders. It is expected that by early next year, a series of national consultations will also be conducted that will further strengthen the current draft version.

The joint partnership is also supporting the Community Self Reliance Centre (CSRC), an NGO affiliated with International Land Coalition, another GLTN partner, in facilitating the consultation processes in the development of the national land policy for Nepal. A local Oxfam official remarked, “Indeed, the current draft of the national land policy has greatly improved from its original version and that more stakeholders are contributing to the process”.