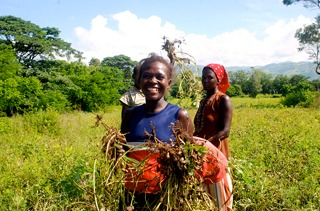 In Uganda, as in many parts of the world, land translates to livelihoods. The ground upon which agriculture, employment, culture, identity and power, all trace their roots. Inequitable access to land therefore is no small issue. Women, who in the circuit of culture or otherwise, fall victim of circumstances. And as is the case in parts of Uganda, women tend to access land mainly through men.

“Ordinarily married women feel more secure in marriage. They imagine that they are co-owners of the family land and that keeps them working towards developing it,” says Esther Obaikol, executive director, Uganda Land Alliance (ULA).

That perceived ownership plants a sense of pride, security, permanency, guaranteed access and use rights among the women, but only for a season.

“We found that in Northern Uganda, separation in marriages and malnutrition among children is highest during harvest time because the man wants to sell this harvest,” Obaikol reports.

For many of these women, their perceived ownership stops at production. They plough, pamper and package their produce until reality hits home on payday.

Their husbands cash in and decide how the proceeds will be used. In some cases the only women smiling at this time will be new brides whose families are appeased by the fruits of the first wife’s labour. Like a plant stifled by pestilence, the women give up the fight, but once again, just for a season.

Perhaps out of a sense of hopelessness, they return from their ‘strike mode’ to plough for the next season.

But Uganda Land Alliance refuses to sit back as a large fraction of society is rendered powerless. By infusing a tool known as Gender Evaluation Criteria, this 17-year-old Alliance is breaking the cycle.

The Criteria, Obaikol attests, is a mirror held up to communities.  Previously piloted in Brazil, Ghana and Nepal, this set of 22 questions “deals with live situations and that allows both men and women to see the gender issues with their own eyes and identify what needs to change in their own contexts.”

While engaging communities in the tool, ULA observes as the community realises- on its own- what they are supposed to do to curb their gender-blindness.

“At the end of the day, all we have to do is majestically point out that the constitution expects them to do that which they knew that they ought to do.”

The way this lawyer sees it, the Gender Evaluation Criteria allows ULA to reach people in a simpler way so that the organisation didn’t have to think about translating laws to touch people’s lives.  She believes that the Criteria unearthered the issues and helped traditional, religious and local leaders start thinking through how to restore the status quo.

The next step engaged participants in drawing action plans. They had to identify what baby steps they are willing to take and what capacity development is needed to start making change happen.

Obaikol uses words like “powerful”, “reflective”  and “personal” to describe the criteria that is now facilitating change from within Uganda.

She first interacted with the Criteria while attending a GLTN training on the tool and its application. The Alliance’s women land rights program became the perfect platform to build sensitization among women about their rights to land. Today, the program accommodates 50 land rights advocates in 5 districts in Uganda.

So, does it create fear or opposition in Ugandan men? Obaikol would be the first to say that it doesn’t.

In fact, she observes that men engage with it better because it does not approach it as a woman’s thing. The criteria “says” unpack society, what is working for men, and what works for women and becomes a safe space to engage for everyone, whether you are a religious leader, a government leader.

The Uganda Land Alliance is amazed that from its first year of the evaluation, they have already received action plans and commitments from some of the districts to make change. On one end are local governments committing to do bylaws to ensure that there is co-ownership on family land, on the other, traditional leaders training their own on the importance of women having ownership as opposed to mere access to land.

Today, it is not uncommon to see teams of religious, traditional and local government leaders going out to sensitise their people on land issues and facilitating dispute relations.

And because children on many occasions have had drop out of school as a result of lack of fees, ULA has heard of women using the criteria to have the head teachers address issues of women and land at parent teacher meetings.

That is how the Gender Evaluation Criteria becomes a community process, taking a life of its own to make the necessary change.